After seven successful seasons, Criminal Minds is back for more. Tonight, the CBS powerhouse returns with a jaw-dropping premiere that introduces a new member to the team — Agent Alex Blake. SheKnows recently spoke to her portrayer, Jeanne Tripplehorn, to get some dirt on the latest addition to the BAU (Behavioral Analysis Unit). 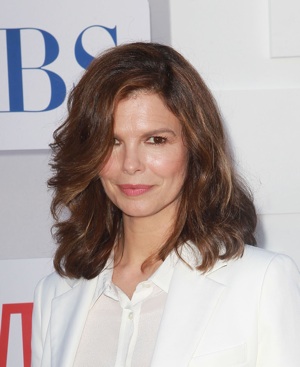 A lover of language

The BAU is filled with talented agents. So what will Tripplehorn’s Alex Blake bring to the table?

“Linguistics,” says Tripplehorn. “She teaches it at Georgetown when she can. Her main [job] is the FBI, but she is a linguistics expert… She was the star of the Unabomber case. That was really where she was able to shine.”

Blake may be new to the show, but she’s no stranger to the FBI. She’s spent half her life at the agency.

“She was one of the youngest FBI members to be accepted and that’s all she knows. Her professorship at Georgetown in linguistics came about as a result of her career in the FBI and her continuing education during that time.”

The BAU can put a strain on anyone’s personal life. And in Blake’s case, that will be compounded with a long-distance relationship.

The actress reveals, “They’ll kind of get into her family. She’s married, but she’s career-driven as is her husband who’s with Doctors Without Borders, and they have a Skype relationship. He’s always gone. [They have] no children.”

Welcome to the BAU

“You see in the first episode that she’s been moving towards this. She actually, probably by now [should] have Strauss’ job,” admits Tripplehorn. “They deal with that in the very first episode. You find out that Strauss (Jayne Atkinson) — when they were both hitting the glass ceiling — Alex became the fall guy in some things that occurred during the anthrax case. It shouldn’t have been her fault and Strauss did not reach out a helping hand to her fellow woman. So Alex kind of fell down the ladder. It took her 10 years to come back up and she’s just bumping under Strauss. She’s incredibly driven, but not without ethics.”

Friends in the field

Everyone at the BAU isn’t her enemy. Blake already has a good rapport with Hotch, Rossi and Reid.

“She knew Hotch (Thomas Gibson) and Rossi (Joe Mantegna). She knew them just by being around the FBI. And she knows Reid (Matthew Gray Gubler) from academia… They’re both brainiacs. There’s a really sweet friendship between Reid and Blake and mutual respect. They’re just so incredibly intelligent. You would think that that would actually kind of blow them apart, but they have a lot of heart, too. And it’s not a romantic thing. They have a sweet affinity for each other.” 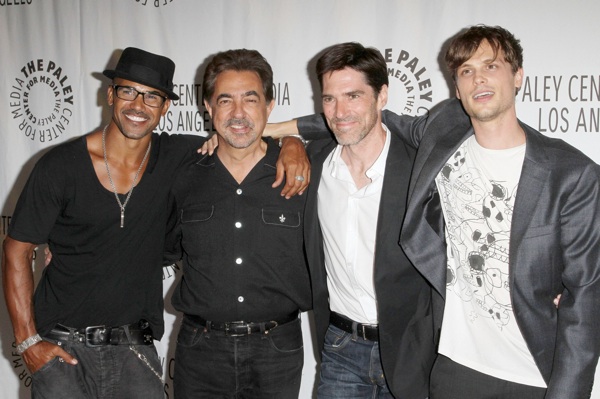 The season begins with an episode called “The Silencer.” It takes place in Texas and kick-starts an overarching story that will last all year.

“The first episode we spend a lot of time introducing Alex into the fold. I have to say that [showrunner] Erica Messer, and our team of writers were great coming up with a gentle way to introduce this woman to a group of people that have been together for a very long time… They kind of juxtapose the crimes of the week with Alex’s introduction They introduce a story thread that’s going to be going the entire Season 8 about a serial killer that seems to have their eye on the BAU.”

From Big Love to Criminal Minds

Tripplehorn is no stranger to television. She appeared on five seasons on HBO’s Big Love, and had a recurring stint on Fox’s New Girl. What made her return to TV full time?

“First and foremost is my family — my husband and my son. We live in Los Angeles, my son’s 10. That was part of my decision to do Big Love as well. It’s very rare that you get a show that films in town. I do not have any desire to shoot outside of Los Angeles. Occasionally, I will go. I think I worked two days on Grey Gardens [on the East coast]… But for the most part I shoot local.”

An exercise in acting

No actor wants to play the same role for his or her entire career. Tripplehorn likes to mix it up, and Alex Blake allows her to flex her acting muscle.

“I was so lucky that this came around. It shoots here and Alex is a complete 180 from Barb [from Big Love]… I didn’t want to play anything like Barb. I didn’t want to be the warm soul of a piece. I didn’t want to be that person anymore. I wanted Alex. It just landed in my lap and I went with it. It’s an exercise in acting. You want to do something that’s completely different. It’s why I do what I do. I would be bored playing the same kind of person. I would question myself as an actor if that’s all I did is one particular role. That’s not the kind of artist I am.”