The Dancing With the Stars alum is now a couple years older and more in shape, and this time she is ready to tackle the dancing competition head-on. 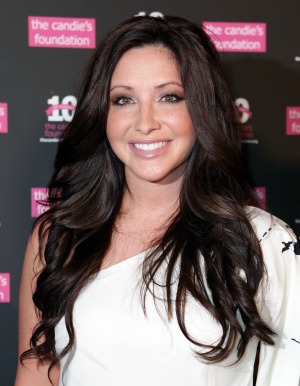 Bristol Palin is returning to Dancing with the Stars, this time as an all-star. And she wants it to be different this time. The last time she was on the show, she was just a teenager, but now she feels she has learned a lot.

“I was 19 [when I first did Dancing] and now I’m 21, and almost 22,” she told People. “I think that if I ever hear anything that’s being said negatively about me or my family, that has given me motivation to want to do better.”

Even though she was already a mom at that young age, Palin feels the maturity she has gained in the past couple years will give her an edge she didn’t have last time she was on the show. “I think just the age progression [changed me],” she said.

Palin’s famous mom Sarah was in the crowd Monday for the premiere. The younger Palin said her mom is happy for her, and “is just excited that this is a new, confident me, and she’s happy to be here to watch,” she told People.

Palin also said she is in much better shape now than she was a few years ago, and it makes all the difference when preparing for the show. “I think I’m just more active and cut out all the crap out of my diet,” she said. She also said that her son Tripp, who is now three, keeps her in shape. “My kid’s a lot more rowdy,” she said. “He’s huge. He thinks he’s a teenager. He’s into everything. He’s really into old-school stuff like Power Rangers and Ninja Turtles. But he also still likes hockey and motocross stuff.”

So, if Palin can teach us anything, it’s that the best way to stay in shape is to have a toddler. It’s possible it might translate into a win on this season of Dancing With the Stars: All Stars.