Joseph Gordon-Levitt isn’t your typical action star. With a gun in his hand and a glint in his eye though, Gordon-Levitt makes a pretty convincing criminal in Looper. Check out what he had to say about his string of tough guy roles. 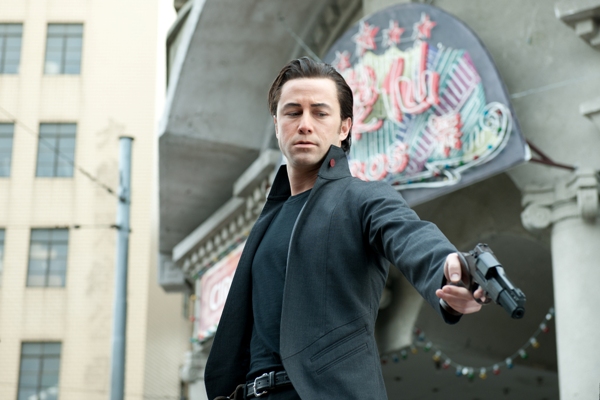 Between playing a rookie cop in The Dark Knight Rises and now a hit man in Looper, Joseph Gordon-Levitt is getting pretty comfortable with a gun in his hand.

He’s also had his fill of fighting roles with Inception and G.I. Joe, and (fingers crossed) will hopefully soon play Robin in a Dark Knight spinoff.

So was this rise to action-star status planned?

“To be honest, not really,” Joseph laughed when we asked him. “I like all kinds of movies. I have a pretty eclectic taste in what I like to watch. I was just focused on the stories and the filmmakers.”

So don’t expect Gordon-Levitt to pigeon hole himself in the action genre. The actor told us he likes keeping his options open.

“Coincidentally (my last films) were really action-oriented ,” he told SheKnows. “But I like variety. If I had to watch one or the other all the time, I would get bored.

We don’t think he’ll be getting bored anytime soon. Not only does he have a wide range in his acting skills, Joseph also produces and writes.

He holds an executive producing credit on Looper and is finishing up a film he wrote, directed and starred in called Don Jon’s Addiction, due out in 2013.

“It’s something I’m really proud of,” he told us of the film that also stars Scarlett Johansson and Julianne Moore.

Joseph’s star continues to rise, but he isn’t getting a big head; the actor revealed he still loves to see movies in a theater with us commoners.

“I just love seeing a movie with a crowd of people,” Joseph said. “To me, that’s the reason to go to a cinema. It’s not for the big screen, or 3D, or any of that stuff. The point is to be with a crowd of folks.”

Catch Joseph Gordon-Levitt in Looper, in theaters today. And who knows, maybe he’ll be sitting next to you!

Watch the interview for yourself!