The singer’s year started out with a divorce. But she has shown she can overcome, and has been named Woman of the Year by one music magazine. 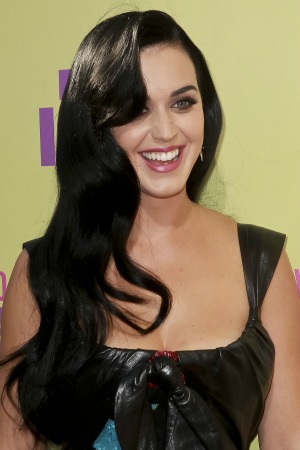 What started out as an awful year for Katy Perry, with a split from her husband Russell Brand, has turned into one of her best years yet. Tuesday, Billboard magazine named her their Woman of the Year. This year, Perry released a movie — Part of Me — about her personal and professional life, and she also released an album in March.

“She has sold 48 million tracks in the U.S. alone, according to Billboard,” said Reuters, “including the hits ‘Firework,’ ‘California Gurls,’ ‘E.T.’ and ‘Hot N Cold’ from her major-label 2008 debut One Of The Boys and 2010 album Teenage Dream.”

Bill Werde, editorial director for Billboard, said Perry was chosen because of the massive amounts of success she has had in the past 12 months. “Katy Perry broke into the industry not even five years ago, and has already accomplished more than most artists can hope for in an entire career,” he said, according to Reuters.

Perry will receive the award in November at the 2012 Billboard Women in Music Event in New York City. According to Reuters, Taylor Swift, Beyonce and the Black Eyed Peas‘ singer Fergie have all previously been given the award. But music and movies are not all Katy Perry is good at. “Perry has also become a branding machine, lending her name to her own fragrance, nail polish and false eyelash lines as well as being the face of skin care line Proactiv and Popchips snacks,” said Reuters.

While Perry has massive success in her professional life, her personal life is still a work in progress. Her husband Russell Brand filed for divorce in late 2011. She has been seen lately on and off with John Mayer, but their relationship is currently up in the air. It looks like the one stable thing the singer has in her life is new best friend Rihanna, who apparently has been with her through thick and thin.

38 mins ago
by Scarlett Harris