Amber Portwood will show us her glamorous life behind bars in an October special on MTV. 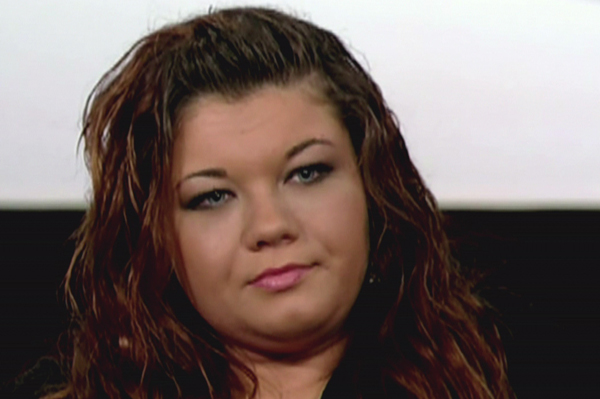 MTV has followed troubled Teen Mom star Amber Portwood from birth through her constant trouble with the law. Now, the network wants to exploit her current situation with a half-hour special.

“In this exclusive half-hour interview, Dr. Drew sits down with Portwood inside the Rockville Correctional Facility for an intimate discussion about what life has been like behind bars, the status of her relationship with her daughter Leah, ex-boyfriend Gary, and her family, and her hopes for the future,” MTV said in a press release.

“As Amber reflects on her situation, she gives viewers an open, honest look inside the intense ups and downs she’s faced during this journey.”

The 22-year-old mom of toddler Leah is serving a five-year sentence in the Indiana prison for violating her probation, which resulted from a felony drug arrest. She opted for the prison stay earlier this summer after dropping out of a court-mandated rehab program.

Portwood and on-again, off-again boyfriend Gary Shirley later said she opted for jail because she figured she’d end up there anyway.

“In my situation, I felt in the program there were a lot of eyes on me. And it was uncomfortable,” she told E! News in June. “I was not using my anti-psych medication, even.”

“It’s like every time you go out to eat, you know, people are staring at you, talking, and it’s hard,” she added. “You get paranoid … it’s not normal, to always be paranoid.”

The former Teen Mom star added that she plans to make a better future for herself while serving her time.

“I’m going to take some classes, I’m going to get my GED, take as many programs as I can. You know, just try to better myself for when I do get out and not stay in prison … I’ll be off the drugs, I’ll have an education to get me a job; you have to think of the positives in this negative story,” the reality star said.

Amber Behind Bars: An MTV Special will air on Oct. 9. Let’s hope Dr. Drew focuses on her future rather than her past.