The former Disney star tries her hand at adult comedy in an eyebrow-raising turn on Two and a Half Men.

Related story Kim Kardashian Does Not Seem Happy With Miley Cyrus Getting Close to Pete Davidson
The Buzz – Miley Cyrus and Ashton Kutcher Caught in Bed Together!
Pictures were leaked of Miley Cyrus sitting in bed in lingerie with Ashton Kutcher! Check them out…

Miley Cyrus is returning to TV in a big way, with a guest-starring role on the CBS hit show Two and a Half Men. In stills from the set that were released today, Miley isn’t wearing a lot of clothes in her new role. From a skimpy bikini to some cleavage-baring lingerie, it is apparent that the former teen star is all grown up. 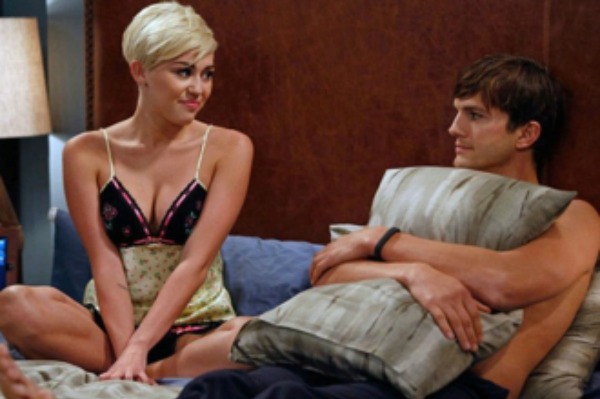 Cyrus plays Missi, the daughter of a friend of Walden (Ashton Kutcher). Her presence makes Walden feel old and out of touch. The photos tease at a possible romance between Cyrus and Kutcher’s character and maybe another romance between her and Angus T. Jones’ character, Jake. Whether her character sticks to guys her own age or whether she plays a Lolitaesque seductress remains to be seen, but the wardrobe budget certainly wasn’t huge for this episode.

After his Emmy win on Sunday night, Two and a Half Men actor Jon Cryer was asked backstage about the Disney star’s upcoming appearance. Cryer stated, “They gave her page-long monologues, and all week she was on book with them. … Then we did it in front of [an] audience, and Miley brought it. … Then I remembered she was hatched in Disney labs in Burbank and grown for just this sitcom situation.” 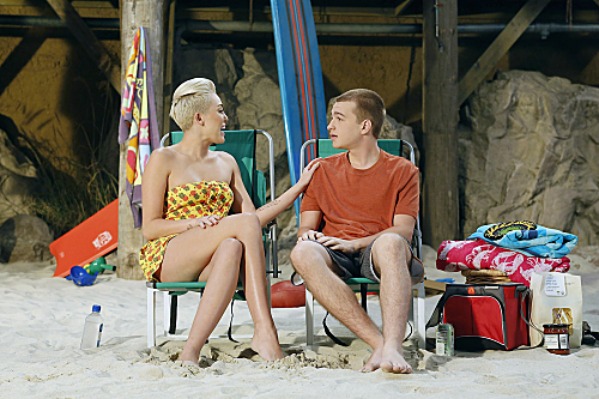 Even with Cryer’s ringing endorsement, television audiences have not seen much of Cyrus since the 2011 end to her mega-successful Disney show, Hannah Montana. She has been seen on the big screen in LOL and is reportedly working on another studio album, but most of the news has been about her private life.

Cyrus became engaged to The Hunger Games star Liam Hemsworth in June 2012, and she has received a lot of criticism in the media for her partying and dramatic weight loss over the last couple of years. There is no official date yet for the Hemsworth-Cyrus wedding. 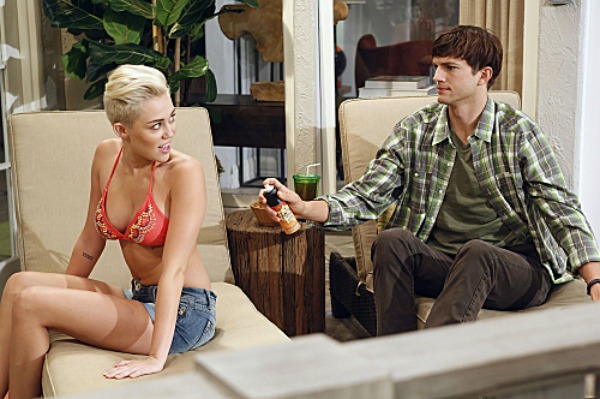 Perhaps the actress will return to TV full-time if her turn on the show is successful, but in the meantime, you can watch Cyrus’ appearance on Two and a Half Men on Thursday, Oct. 17 at 8:30/7:30c, on CBS.