Fiona Apple’s arrest has become quite the opportunity for one member of the police force to sound off. Ripping the singer for criticizing the way she was treated, a police spokesperson has advised Fiona Apple to “just shut up and sing,” among other things! 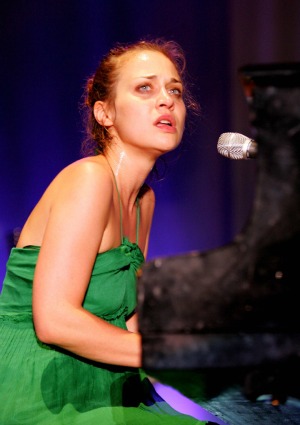 Fiona Apple believes she was wronged by four police officers on the night of her arrest for possession of pot and hash.

Making her grievances public as well as claiming to have evidence to support her case, the singer took to the stage at a recent concert, threatening to make the officers “famous” for their wrongdoings. (Check out a video of the nearly 2-minute rant below!)

Not taking kindly to the threat is Hudspeth County Sheriff’s Dept. public information officer Rusty Flemming, who has penned a scathing, mocking open letter to Fiona Apple in reply.

“First, Honey, I’m already more famous than you; I don’t need your help. However, it would appear that you need mine.”

“Two weeks ago nobody in the country cared about what you had to say — now that you’ve been arrested, it appears your entire career has been jump-started. Don’t worry Sweetie, I won’t bill you.”

“Next, have you ever heard of Snoop, Willie or Armand Hammer? Maybe if you would read something besides your own press releases, you would have known BEFORE you got here that if you come to Texas with dope, the cops will take your DOPE away and put YOU in jail.”

“Even though you and I only met briefly in the hallway, I don’t know you, but I’m sure you’re an awesome and talented young woman, and even though I’m not a fan of yours, I am sure there are thousands of them out there, and I’m sure that they would just as soon you get this all behind you and let you go back to what you do best — so my last piece of advice is simple — just shut up and sing.”

Do you find Fleming’s response to Fiona Apple deserved or just unprofessional?