Bree Williamson joins the Syfy family this Friday with a turn as a psychiatrist who lends a hand to the supernatural town in Season 3 of Haven. 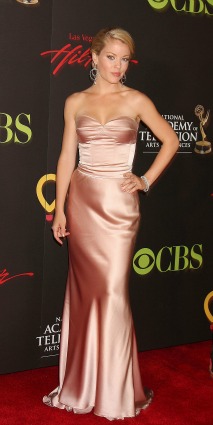 Bree Williamson is about to dive into the creepy world of Stephen King as she joins the Syfy cast for Season 3 of Haven. The Canadian-born actress is playing Dr. Claire Callahan, a psychiatrist who is a “sounding board for Audrey.” Audrey, portrayed by actress Emily Rose, is an FBI agent uncovering the supernatural adversities of the townspeople in Haven, Maine.

While Williamson thinks it is “awesome” to be joining the established cast of the Syfy series, she did have to fight hard for the role. She went through a pre-read with the casting director early in the audition process, then a series of callbacks, and then a producers’ audition before she was finally cast in the role of Dr. Callahan. She says, “I really wanted the job and it worked out really, really well.”

The actress comes from a soap opera background where she logged many onscreen hours on the now-cancelled show One Life to Live. Even with a genre jump from soaps to science fiction, she found it relatively easy to portray a psychiatrist. While she didn’t do any special research apart from studying the two prior seasons of Haven, she once played a character with multiple personalities on One Life to Live. That former research lent a hand in diving deep into her new doctor role.

Williamson said that Haven is “a serialized drama, which I love, but it also has a lot of character development.” Despite having a busy family life with a husband and a 2-year-old son, she is “fully committed to being an actor.” The actress had just moved to Los Angeles in January when she found out she booked the role on the Syfy show which shoots in Nova Scotia. Even with another big move across the country, she was “excited by the opportunity to go.”

Her favorite moments on set occurred in an upcoming episode directed by Beverly Hills, 90210 veteran Jason Priestley. She didn’t “want to spoil anything,” so she’s leaving the viewers eagerly awaiting the episode. The most challenging aspect of the show was the weather. She laughed while stating, “it’s hard to keep focused when you are cold and it’s raining.”

Regardless of the brutal Nova Scotia weather, Williamson is thrilled for the fans to see where the new season takes Haven. To see her premiere episode, watch Haven on the Syfy Channel on Friday, Sept. 28 at 10/9c.