Did you know Brittany Snow can rap? Or that Rebel Wilson considers herself a “Disney songstress?” Watch as the cast of Pitch Perfect carries a tune for SheKnows. 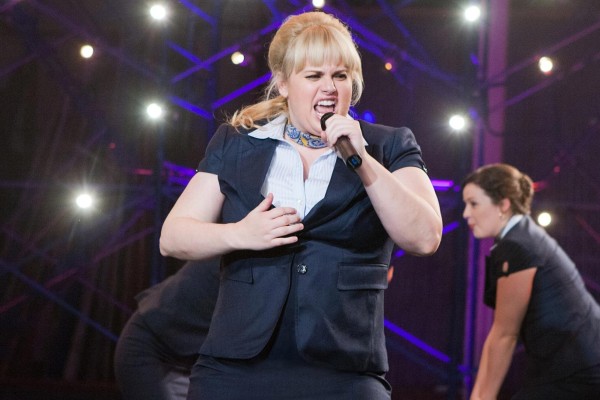 Unlike many films where the stars get Grammy-winning voice-overs, the cast of Pitch Perfect went au naturel, with each actor singing all of her own songs for the film.

The movie follows two groups of collegiate a capella singers, The Treblemakers and The Bellas, battling for the top spot at regionals. From Rihanna to Ace of Base, the actors cover a wide range of musical genres with amazing performances.

But what kind of tunes are these young stars carrying on their own time? We asked each of them to give us a rendition of their favorite songs.

While Rebel Wilson grew up participating in plays such as Grease, the funny lady likes to sing Disney songs when she’s alone in her car.

Brittany Snow may seem prim and proper in the movie (well, except for that shower scene), but she likes to get a little gangster at home in her living room. The co-head of The Bellas broke it down for us with Coolio’s “Gangster’s Paradise.”

Though Anna Kendrick actually is the one doing the rapping in the movie, she told us she prefers learning cool tricks online over singing. In the film, she auditions for The Bellas using a cup as a drum, a skill she learned on Reddit.

Don’t ask executive producer Elizabeth Banks to sing for you; that is a special treat she only reserves for birthdays. She did reveal that she can sing though, just not during interviews.

And up-and-comers Anna Camp and Skylar Astin treated us to a one of a kind “SheKnows song.”

Singing isn’t this group’s only skill though. Wilson — who was wearing a mean set of diamond-encrusted brass knuckles — told us she also has mad nunchucks skills. You definitely don’t want to go head to head with her in a dark alley.

Find out what else these talented stars can do in our video, and be sure to catch the whole cast in Pitch Perfect, in theaters today!