In an eye-opening revelation on her new afternoon talk show, Katie Couric revealed yesterday that she struggled with bulimia as a young woman. 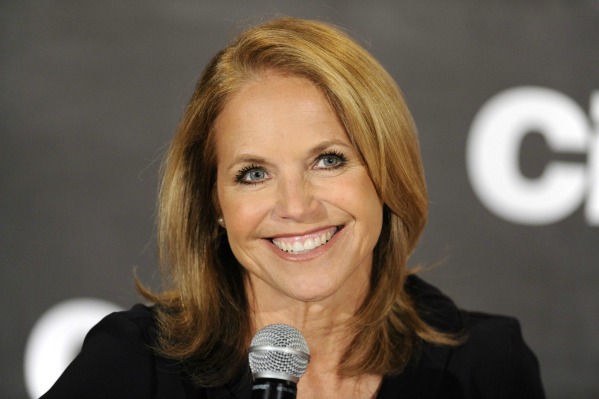 During an interview yesterday with singer and X Factor judge Demi Lovato, on her brand-new talk show Katie, Katie Couric said she suffered from bulimia as a young woman in college.

Couric, now 55, fought the eating disorder between the ages of 18 and 24, when she was at the University of Virginia, and just as she was beginning her career at ABC News.

“I wrestled with bulimia all through college and for two years after that,” Couric said on the show. “And I know this rigidity, this feeling that if you eat one thing that’s wrong, you’re full of self-loathing and then you punish yourself, whether it’s one cookie or a stick of gum that isn’t sugarless, that I would sometimes beat myself up for that.

“How do you have a healthy relationship with food, and say, ‘You know what, I can have one cookie and it’s OK?’ That is such a huge thing for people who wrestle with this.”

Lovato is also no stranger to the disorder, having almost wrecked her singing voice from purging. In 2010, she sought treatment for a variety of issues, including eating disorders.

Lovato recalled, “I remember being in a diaper and rubbing my hands over my stomach and thinking in my head, ‘I wonder if one day this will ever be flat.”

Lovato, 20, has been open in the past about dealing with eating disorders and cutting.

Will Katie’s revelation help others who suffer from eating disorders?

8 mins ago
by Giovana Gelhoren