Awkward kisses and a burned body heat up the latest episode of Bones! While Bones and Booth struggle to get along, their investigation leads where no troubled couple should venture: a divorce lawyer’s office. 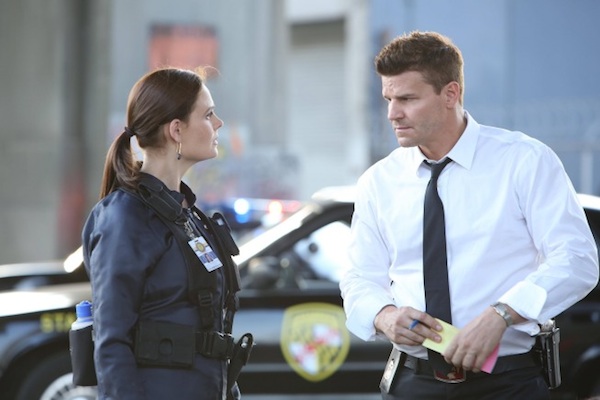 Awkwardness ensued between Dr. Temperance “Bones” Brennan (Emily Deschanel) and Agent Booth (David Boreanaz) this week as they attempted to settle back into their life together.

Her three months on the lam with their daughter, Christine, seems to have made Bones even more independent, while Booth still struggles to forgive her for disappearing in the first place. Maybe absence doesn’t always make the heart grow fonder?

In typical Bones fashion, she denies the existence of a problem, but continues to push Booth away by telling him all the experiences she had without him. She learned to cook pancakes as a fry cook and even slept under a bridge. But, the thing that seems to hurt Booth the worst? Bones took Christine on her first carousel ride. That’s a hard pill to swallow for a dad who can’t come to terms with missing three months of his child’s life.

Things become even more tense when they discover a body burned to a crisp in a barrel (eww, gross!). The deceased turns out to be a ruthless divorce lawyer who was stabbed in his office with a fountain pen, tossed down a construction shoot, and eventually set on fire in a barrel. Brutal!

Their investigation leads them to an adulterous wife and physically abusive couple who can’t sell the other one out fast enough. All the arguing, cheating and lying force Bones and Booth to take a good look at the state of their own relationship. 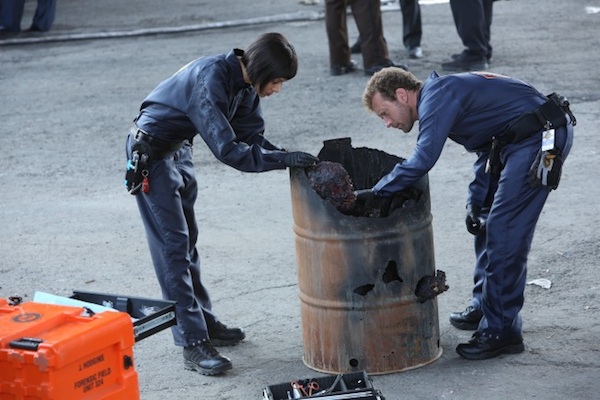 Everything comes to a head when Bones and Booth argue about their relationship and their differing views of marriage. Finally Bones explodes, “Do not tell me how to live. We are not married. We are both free agents and I have done just find on my own.” That’s just mean. How could she say that to him? And with his sad puppy eyes???

So, whose the pyro who couldn’t wait to burn the divorce lawyer to ashes? A bickering couple murdered him because he nullified their divorce due to lack of payment. Witnessing two people who hate each other so much that they’d kill to be divorced certainly doesn’t help Dr. Brennan’s pessimistic view of marriage.

But the sweetest moment comes when Booth admires Bones from a distance with a sweet smile. He loves her. And, just like in real life, the couple doesn’t fix all of their problems before the end of the hour, but they make an effort. And to try to give Booth the moments he missed they’ll be taking little Christine to ride on a carousel again (even though she hated it the first time). Awww! It’s all about the little things.

Check out this awkward clip to get a feel for what you missed!