Chris Brown is learning that what happens in California can be illegal in Virginia. Medicinal marijuana may be a go on the left coast, but being caught with it in your system in the east can get you in hot water with the judge! 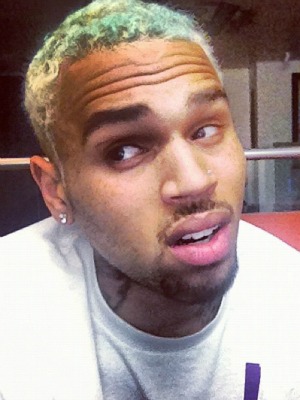 Chris Brown is one lucky son of a gun. The singer, who is currently on probation for the 2009 attack on then-girlfriend Rihanna, has tested positive for marijuana use — and he’s getting away with it, at least for now.

It has been revealed that during a June drug test conducted in Virginia, where Chris Brown is supposedly completing his community service hours, he tested positive for marijuana use. In California, the 23-year-old has a medicinal marijuana card, but outside of state lines the use of the drug is still illegal!

Based on Brown’s claim that the ingestion of the drug took place on the west coast, Judge Patricia Schnegg decided on Monday to let him off for now with just a warning rather than revoke his probation.

Ordering a review of Chris Brown’s case, including concerns he hasn’t fulfilled enough community service and may have violated the terms of his travel restrictions, the judge had this to say to the young the man loved by throngs of fans:

“You are not an ordinary person who can sit in your living room and do whatever you want to do. More importantly, a lot of people look up to you, a lot of kids. What you do and what you say impacts a lot of people.”

Chris Brown insists he has completed the community service, although the records may not show all of the hours because, as he explained it, “I didn’t sign in.”

By the way, the Chris Brown photo seen here? He shared it, along with the caption “Huh?” on Sept. 10. Huh, indeed.

Unsurprising at this point (remember that friendly exchange at the 2012 MTV Video Music Awards?) is Rihanna‘s reaction. She tweeted to Chris Brown before his Monday hearing, “@chrisbrown I’m praying for you and wishing u the best today!”

He kindly responded to her, “thank u so much.”

Do you think the judge let Chris Brown off too easily for his failed drug test?