NBC has endured some rough times over the last few television seasons, but the network is officially back in the game with a strong slate of shows. 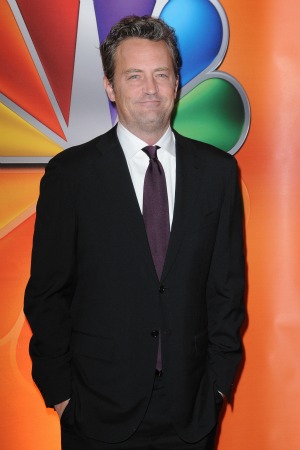 Now that it is officially fall, it’s time to take a closer look at some of the new and returning television series that have hit the airwaves in the last month. The NBC network is looking to rebuild its entire show lineup after a few weak years in the ratings. This year, it has a strong lineup that begins after the hit talent competition series, The Voice, on Tuesday nights.

A “friendly” face to the NBC family kicks off the night with a bit of comedy at 9 p.m. EST/PST with a new series called Go On. Matthew Perry returns to the NBC fold as a grieving, but cocky, sportscaster who joins a support group after losing his wife. Broadway audiences will also recognize the support group leader played by Laura Benanti. John Cho, best known for the Harold and Kumar film trilogy, plays Perry’s best friend and boss who recommends he go to therapy to deal with his issues. It all seems so simple, yet Perry’s neuroses cause a lot of comedic chaos.

At 9:30 p.m. EST/PST, a controversial new series from Glee creator, Ryan Murphy, introduces the audience to The New Normal. The show focuses on an upper-class gay couple trying to have a baby. They find their perfect surrogate in a down-on-her-luck Ohio refugee who takes her daughter to California to find a fresh start. On the heels of mom and daughter is great-grandma, played to hilarity by Ellen Barkin. Barkin’s character speaks her mind in the most impolite way, but writer Murphy always finds a thread of humanity in this female Archie Bunker. The series found itself embroiled in a bit of controversy after the local Utah NBC affiliate, KSL-TV, refused to air the sitcom, disagreeing with the underlying message of the show. It was later picked up by another local Utah station, KUCW-TV, so viewers could make the decision for themselves.

Finally, at 10 p.m. EST/PST comes a returning veteran, Parenthood. The show has always found a loyal audience that tunes in from week to week, even if it doesn’t top the Nielsen ratings. The one-hour drama, inspired by the 1989 feature film of the same name, follows the trials and tribulations of familial relations and life events. While the family members don’t always see eye to eye, they are always there for each other through the tough times. The cast is led by TV veterans Craig T. Nelson, Peter Krause, and Lauren Graham.

To see previews from this week’s episodes, visit the NBC website.