Fergie and her dad are officially Santa Barbara vintners as they launch their family wine label today. 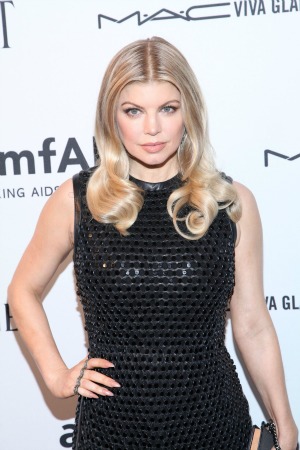 She sings, she dances, and she sells wine. The Black Eyed Peas singer, Fergie, and her dad, Pat Ferguson, have officially announced the formation of a family wine label entitled Ferguson Crest. The winery is based in Santa Barbara County approximately 90 minutes north of Los Angeles, California. The vineyard was founded in 2006 in preparation for their wine label launch.

Ferguson Crest will feature several types of wine, including a syrah; a cabernet; and two viogniers, which are from a white wine grape. In true Fergie form, there will also be a red blend aptly named “Fergalicious.”

As the co-founder of Ferguson Crest, Fergie says, “I am so proud and excited for the world to see and taste what I’ve been working on with my father for the last few years. Not only is it a thrill for me to open a winery, but to do so with my father makes it even more special.”

The singer and her father have worked hard over the last few years on the family project. The Ferguson winery has grown tremendously since they planted their first grapes on only a half an acre in 2007. Over the last 5 years, the vineyard has been expanded by 6 acres, and they’ve harvested grapes for production beginning in 2009.

The Fergusons are not blending the wines alone. In fact, they are relying upon the expertise of Joey Tensley, a Food and Wine magazine award winner known for his exquisite syrahs. The wines are available for purchase beginning Sept. 24 on the Ferguson Crest website.

While Fergie’s husband, Josh Duhamel, hasn’t publicly weighed in with his opinion on the Ferguson Crest wines, you can bet he finds them “Fergalicious.”