Set in the future, this time-travel trailblazer demands paying attention to the details. We get to experience a character at different ages – at the same time – when his future and past selves try to murder each other. As the story loops around into concentric circles, this mad movie hits its target – but did we really need the fake nose? 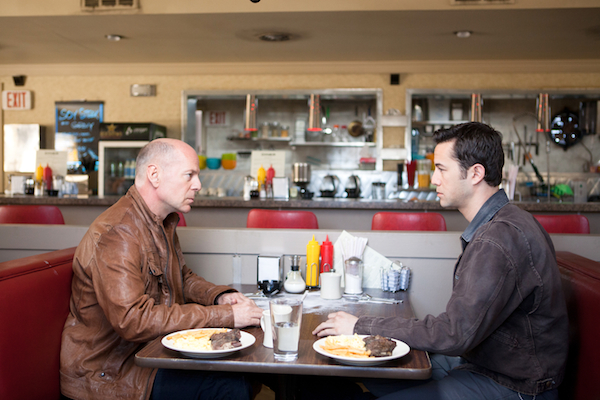 Set in the near future, Gordon-Levitt plays Joseph who works as a “looper,” or hit man for criminals who live in the future where time travel has been invented but declared illegal. The only guys who have access to the time machine are in the mob and when then want to nix a rival criminal, they simply send him 30 years back in time to have the criminal’s “loop closed” – obviously preventing their future existence.

In Joseph’s case, his older self (Bruce Willis) is sent back from the future, and it’s up to younger Joe to kill his future self. 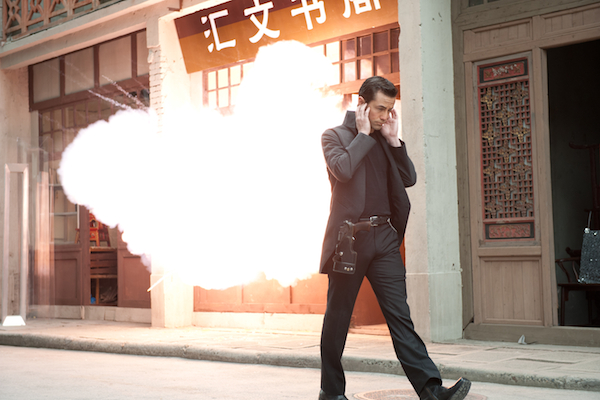 Once older Joe arrives, younger Joe hides out on the farm of a single mom named Sara (Emily Blunt) and her bad-seed boy Cid (Pierce Gagnon), who happens to be one of the 10% of people in the future who possess telekinetic powers. While most people with these powers can’t mind-move any objects heavier than a quarter, this kid can lift furniture, people and cars. Think your kid has gruesome temper tantrums? At least he’s not throwing you down the stairs like a rag doll because he can’t find his Tickle-Me Elmo.

The tone of Joe’s voiceover is darkly humorous, despite the violence and his addiction to drugs that are absorbed through eye drops. Though younger Joe is studying French with hopes to retire in France, older Joe tells him China is a much better bet, saying, “I’m from the future. Retire in China.” 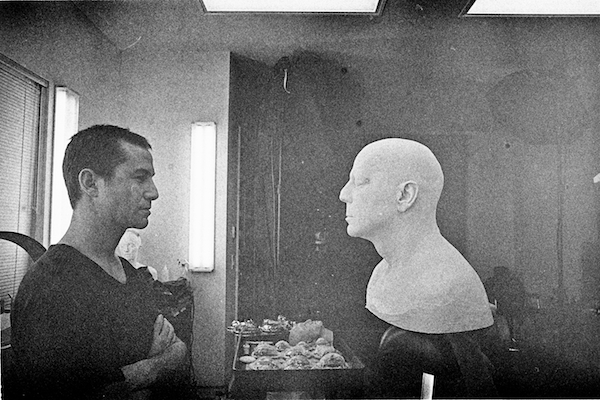 But then there’s the nose. And the blue contacts. And Gordon-Levitt’s impersonation of Bruce Willis. However rare it is for a younger and older self to meet each other onscreen, clearly the director thought it would be too incongruous for older and younger Joe to have different noses. But the sloping, bulbous prosthetic nose, meant to resemble Bruce Willis’s sloping, bulbous beak, is a bit of a distraction from the movie. 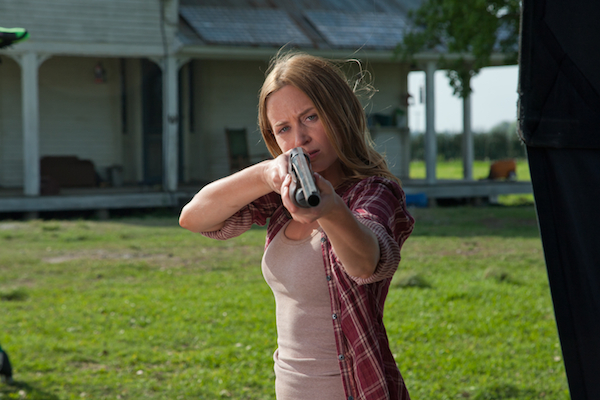 Bottom line: This movie has plenty of action and a mind-bending plot which will no doubt inspire excited futuristic chatter among movie-goers. If you liked the complicated layers of plot in Inception, Looper is right up your alley.