It was neck-and-neck this weekend at the box office with three new films vying for number one, but the cop drama about LA’s gang wars beat out the competition. 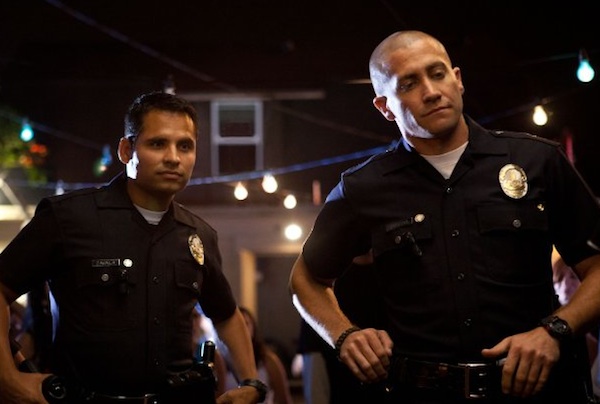 The fast-paced action drama about LA’s underground drug scene stars Jake Gyllenhaal, Michael Pena and Anna Kendrick. This realistic look at what it’s like to be a rookie cop won over audiences this weekend with $13.2 million in box office returns, according to Deadline Hollywood.

Trouble with the Curve

The Clint Eastwood baseball drama about an aging scout and his daughter, played by Amy Adams,  earned an estimated $12.9 million this weekend, bringing it in at number two.

Trouble With The Curve movie review: Clint talks to a baseball >>

The House at the
End of the Street

Jennifer Lawrence and Elisabeth Shue star in this horror thriller about a mom and daughter who find out about an unsolved murder on their new street. The film earned $12.8 million, tying it for number two.

House at the End of the Street movie review: Listen to mom! >>

The anxiety-ridden clownfish on a mission to find his son is one you can see over and over again, and now especially in 3D. Finding Nemo 3D brings in an estimated $10 million at the box office.

Finding Nemo swims its way back into theaters >>

Milla Jovovich is back as Alice the bad-a** lady with the big gun. This is the fifth installment in the sci-fi/horror/action series, and audiences keep wanting more. And when it’s a chick kicking butt, why not?

Resident Evil guns down No. 1 at the box office >>

This sci-fi action film starring Karl Urban and Rachel Wood is a low-budget remake of the comic book series. When a cop living in a corrupt futuristic city discovers a gang that deals in mind-altering drugs, he must fight back or be taken down in the process.

The Oscar-buzz drama starring Philip Seymour Hoffman and Joaquin Phoenix has critics raving. When a vet returns home without a life plan, he becomes enchanted by a new movement of faith-based origins.

The Master movie review: What master do you serve? >>

Sam Raimi’s horror flick about a girl who finds a possessed box at a garage sale was number one at the box office two weeks in a row. If you’re not ready for Halloween, this fright flick will be sure to get you in the mood.

Possession doubles up on box office No. 1 spot >>

The hot guy, hot booze action flick about Prohibition is violent and bloody. We love the faces, but the film itself is a bit of an eyeful. Go in carefully on this one. Lawless stars Tom Hardy, Shia LeBeouf and Guy Pearce.

On the top of our list for hot guy films this year, The Bourne Legacy stars Jeremy Renner as the newest Treadstone operative on the run. Buh-bye Matt Damon. Hello hot shirtless spy who globetrots with beautiful Rachel Weisz.

Movie review: The spy who I wished loved me is in The Bourne Legacy >>