Celebs at the 2012 Emmys managed to turn up the heat on the already scorching red carpet with their gowns. The trend: Lots of cleavage — and even more leg! 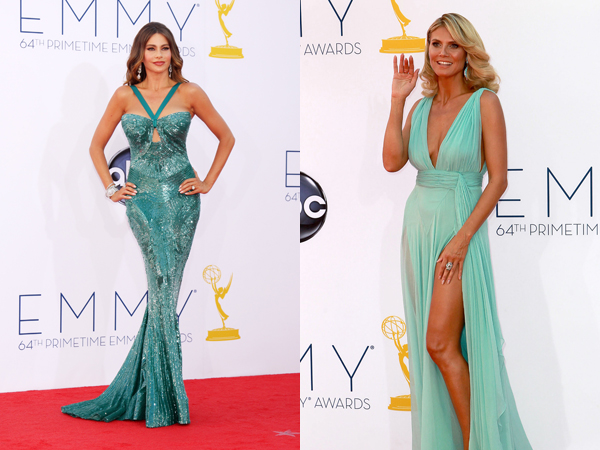 Is it really any surprise that Modern Family stunner Sofia Vergara and Project Runway creator Heidi Klum rocked the red carpet? The pair brought an international affair to the red carpet in their respective green-hued gowns.

Vergara, 40, wore a sequined Zuhair Murad dress to the show, but the gown wasn’t perfect. The Colombia-born stunner showed off her serious wardrobe malfunction via Twitter.

Even Jon Cryer is surprised at his Emmy win >>

Klum didn’t publicize a wardrobe horror, but we were sure she’d show off some of her goodies with her barely there dress by Alexandre Vauthier. Her stylist told AOL that the dress was even more revealing when they got it.

“It was completely sheer, so we had the designer add lining, but then the lining made the dress feel too bulky and it lost its cool and airy feel, so we had to think and made it work!” her stylist revealed. 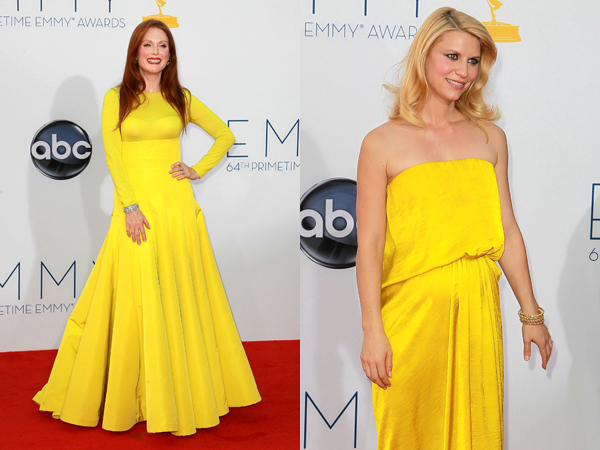 Yellow seemed like the go-to color on the red carpet at the Emmys: Mom-to-be Claire Danes and Julianne Moore were among the celebs to go with the bright hue for the show. Homeland Emmy winner Danes opted for comfort in her canary yellow Lanvin creation — and we loved how it draped in all the right places. The red carpet was hot enough, so we’re glad she didn’t risk her health for a tight, heavy dress.

Emmy winner Moore opted for a bit of a different silhouette with a high-necked Dior couture dress. The Game Change actress looked cool, calm and collected on the red carpet. She really is amazing. 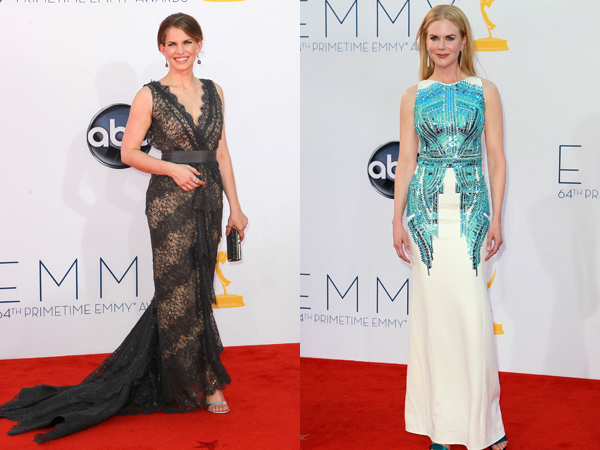 Veep star Anna Chlumsky didn’t get a whole lot of attention at the show, but we have to say she got ours with her Christian Siriano creation. Hard to believe this is the same girl who captured our hearts as a youngster in My Girl.

SheKnows dresses up for the Emmys: Get the look! >>

Who do you think rocked the red carpet at the 2012 Emmys?