There are so many couples on the Emmy red carpet, both new and old. But this year, there are some newly single actresses too, and they are looking good. 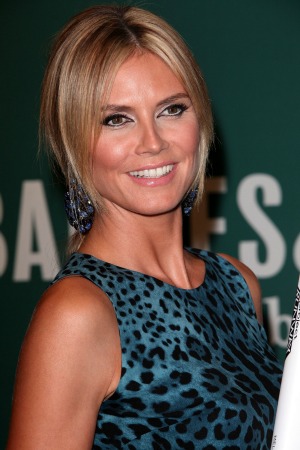 Of all the couples attending The Emmys this year, there are a few conspicuously single actors in the crowd. Heidi Klum is one of them. The Project Runway host recently split from her husband, singer Seal, and showed up in a “seafoam” low-cut and high-slit dress. When Klum spoke with ABC, she said she chose the dress because she wanted to have a good attitude today. “I wanted something happy,” said Klum. “It’s still summer here in LA. I wanted something fun and happy.”

Klum and Seal’s divorce has gotten pretty nasty, with both sides creating tension during the split. Seal accused Klum of cheating on him with her bodyguard. While Klum denies cheating, she is now dating that bodyguard. However, he was not by her side during the interviews (although there is still no word on whether he was actually there or not).

Another newly single Emmy nominee to show up alone on the red carpet is Amy Poehler, who announced a split from husband Will Arnett just a few weeks ago. The two have been married since 2003. The newly single actress showed up in a black, sparkly dress with a plunging neckline, which is somewhat rare for Poehler. The last few years, she has regularly arrived at the Emmys wearing dresses that were fully covering.

Both women showed up looking fully hot, and it’s obvious single life is working for them. The dresses chosen by both showed off their new lives, but both Poehler and Klum also looked glowing on the red carpet.