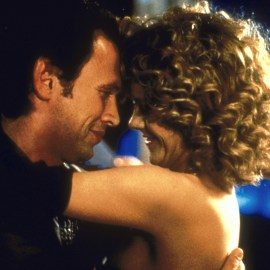 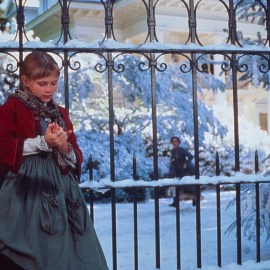 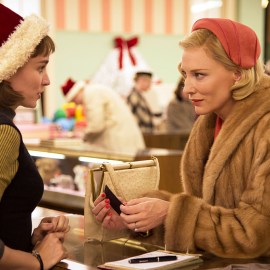 We wouldn’t trade our kids for the world, but it does seem like we already traded our musical freedom for them. Our days of having total control over our playlists are over, and no matter how many times our favorite songs get played, it’s nothing compared to the Moana soundtrack — and especially now when we’re all home and in close quarters, for sanity’s sake, it’s important we find songs us parents enjoy too.

It would also be nice to feel like we were at least a little on top of the latest Top 40, but with so many pop songs out there with curse words and sexual references, we’d rather protect little ears, thanks. Still, we’re not totally doomed to listen to a constant loop of “You’re Welcome” (uh, I mean, thanks, Dwayne Johnson?)

These pop songs are appropriate for kids of all ages AND fun for a mid-day family dance party.

Warning: This one is an earworm, and the chances of your kid singing “Havana ooh-na-na” are high. But the lyrics are clear of anything unfriendly.

Have your dancing shoes ready for this one.

One of the catchiest songs of 2017, it’s also an excellent song to choreograph a routine for or just shake to the rhythm. There are a few slightly questionable lyrics (“now my bedsheets smell like you” and “put that body on me”) but most kids will be too distracted by the music to care, and compared to most pop songs out there, it’s pretty darn clean.

Your kids can bust some moves to this song, and it’s also got empowering lyrics. “I don’t know what you’ve been told/But this gal right here’s gonna rule the world.” The only thing you might have to explain is what “HBIC” means… head boss in charge, right mom?

Everyone loves JT’s 2016 hit because it really is that good (just give it a listen if you don’t believe us). Parents are jamming to it, and kids love it too — which makes sense since it was created for the DreamWorks Trolls movie.

Although Cyrus seemed to go a little explicit for a while there, there’s absolutely nothing wrong with the lyrics to this hit song, and it’s extra fun to sing along with in the car. We recommend cranking it up to drown out the sounds of your children screaming when the road trip has lasted just a little too long. (Note: We’ve gone with a video of only the “Wrecking Ball” lyrics above, because the naked Miley music video is totally not suitable for kids.)

Not only is this hit by a Swedish DJ fun to shake it to, but it has some pretty compelling lyrics that you can only hope will sink in as your kids listen on repeat. “Life’s a game made for everyone / And love is a prize” is a lot different than some of the more graphic songs about sex that objectify women, and we can thank Avicii for that.

Just a few years before JT, Pharrell dropped a similar crossover hit that you’d never guess came from a kids’ movie. “Happy,” from Despicable Me 2, was so popular that it was even nominated for an Oscar in 2014.

A version of this article was originally published in October 2012.