The show has helped Aguilera remember the hunger in a young singer’s eyes — and who she used to be as a singer. 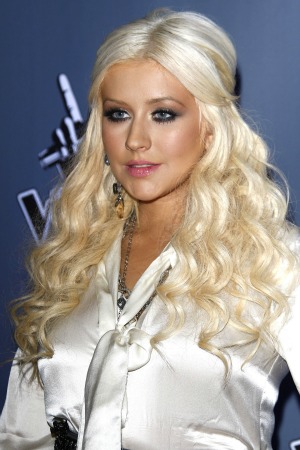 Christina Aguilera is on fire these days. Her last album was considered a major industry flop, so she had nowhere to go but up. And up she went. The Voice is one of the most successful shows on TV, and the singer has a new album, Lotus, coming out soon. As it turns out, the two things have something in common. Aguilera told MTV her team on The Voice actually inspired her new album.

As a singer who’s been in the industry since she was a young teen, Aguilera has had to discover herself over and over again. Through a marriage, a baby, a divorce and a career that has had its ups and downs, the 31-year-old is still figuring out who she is.

“At this part of my life, I feel that I’ve reached a place where I’m completely embracing everything about who I am,” she said.

“This year in particular, season three, I have a very pop-oriented team,” she told MTV. “And they come to me and they’re like, ‘You know, I remember being in my room trying to dissect and learn all of the little ad libs and your technique and the runs and things like that, hitting your notes.’ It inspired me also to want to give more of myself vocally on this record to let the next generation of great singers evolve and be inspired once again to dissect and learn certain lyrics and things.”

That team, and her team last year, helped her realize what she wanted this new album to sound like. She wanted to make an album for her old fans but also knew there are brand-new fans.

“I wanted to make a record that speaks to those fans who grew up listening to my music and yet reintroduce [myself to] new fans… watching me on The Voice at 6 years old who don’t know about my first record,” she said.

Aguilera announced earlier this week she would be taking a season off from the show, along with Cee Lo Green. Shakira and Usher will be filling in for them while they are gone. Aguilera is taking a break from The Voice to tour behind her new album. Lotus will be out Nov. 13.