So maybe you don’t know what movies are playing and the last concert you went to starred a dinosaur and pirate with a feather sword. That doesn’t mean you can’t be a cool mom. Load up your iPod with these great tunes and crank it up, mama!

Related story How Jennifer Garner & Reese Witherspoon Feel About Ariana Grande’s ‘Thank U, Next’ Video
Turn up the music 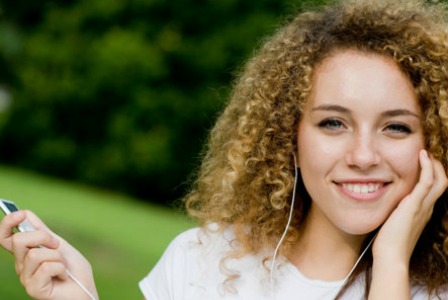 Add this song to your running playlist and get ready to run an extra mile (or if you haven’t put on your tennis shoes in a while, this might be the song to motivate you to hop on the treadmill). Yes, the lyrics are inappropriate for young listeners, so you might want to listen to this one with your headphones on!

This Korean pop tune just went viral, thanks to its outrageous video featuring some pretty cool dance moves (air lassoing, anyone?) and over the top scenes parodying the lavish lifestyle in the Gangnam district of Seoul. See what all the hoopla is all about by watching the fun and crazy video on YouTube.

If you had to pick one song to represent Summer 2012, it would have to be “Call Me Maybe”. Just try not to sing in the car to this bubbly pop tune. We dare you.

“I Will Wait” – Mumford and Sons

“We Are Never Ever Getting Back Together” – Taylor Swift

Taylor Swift’s breakup song will take you right back to your high school years — and what mom doesn’t want to feel like she’s in high school again, even if it’s only for three minutes and eleven seconds.

You know when you hear songs on the radio and wish you knew who the band was? Well, these are the songs and this is the band. Indie rock band fun. (with a period) has such a cool sound you just might want to download the whole Some Nights album.

This American Idol winner released his debut single “Home” the day he won the singing competition. We think he scored a home run with this song — and frankly we can’t get enough of his raspy vocals.

“The Edge of Glory” – Lady GaGa

If you’re looking for a powerful song you can belt out in the car, this is it. Lady Gaga’s strong vocals, a thumping dance beat and an amazing saxophone solo make this a must-download tune.

10 Pop songs little kids can dance to (oh, and parents can hang too)
10 Pop songs for kids that don’t involve sex, drugs or Lady Gaga
Music lessons could mean a smarter child

With the holidays coming up, go ahead and drop a few hints that an iTunes gift card would make an ideal stocking stuffer or Hanukkah gift!