Tim Tebow reveals what he’s looking for in Ms. Right, and the No. 1 requirement is that she has to live up to his mother. That could be a big task for any woman. 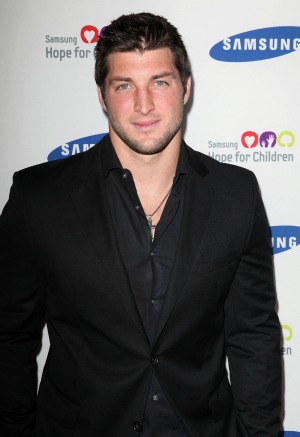 Tim Tebow, considered one of the most eligible bachelors of the NFL, talked in a recent interview with Vogue about the girl who may finally land him. It will be a challenge though for any woman to live up to Tebow’s mother or the other women in his life.

“I’ve been blessed to have an amazing mom and two amazing sisters — so they set a very high standard,” he told Vogue, according to the Huffington Post. “Obviously looks play a big part. Being attracted to someone plays a big part, but there’s also so much more than that for me. It’s about finding someone sweet and kind — and that has a servant’s heart.”

A servant’s heart? Hopefully the football player is talking more about his love of God than his love for a sandwich. He also said he doesn’t want his fame or career to come into play when a woman chooses him:

“It’s about finding a girl who likes me for me, and not because of what I do or who I am or the name.”

In the interview, he also admits to being very picky when it comes to girlfriends. But women can still have hope… Tebow admits there is no one in his life right now who’s a possible Mrs. Tebow.

Besides just living up to his mother and sisters, the woman may also need to have another ability — being a capable politician’s wife. Tebow recently said he’d like to try his hand at politics one day.

But for now, Tebow continues to be the backup quarterback with the New York Jets and, whether or not he plays, is still a topic of conversation among NFL fans. And he’s enjoying every moment.

“I have fun,” he told Vogue. “I enjoy life and getting after it. I still have a lot of joy doing this.”

When Tebow does find that woman, we can only hope she will meet his high standards.