iHeartRadio got a surprise last night, when Pink showed her affection for Gwen Stefani during No Doubt’s set. It started with a kiss, and that was only the beginning. 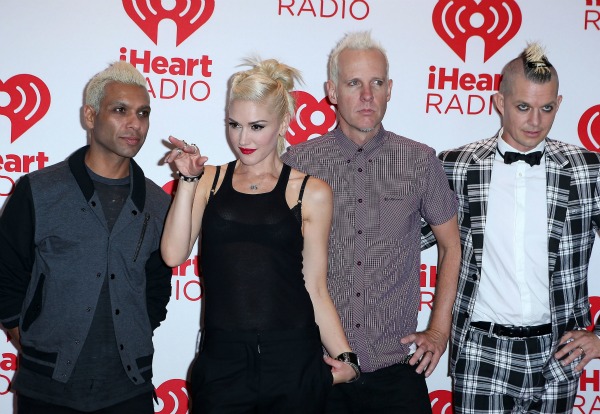 With so many musicians descending upon Las Vegas this weekend for the iHeartRadio Music Festival, it’s going to be pretty impossible for anything to actually stay in Vegas. One of those things was a kiss shared by No Doubt frontwoman Gwen Stefani and Pink last night on stage.

No Doubt was performing Friday night at the festival when Pink decided to crash their set.

“No Doubt closed out their set with their breakout single ‘Just a Girl’ when singer Gwen Stefani announced mid-song the surprise guest,” said Yahoo!.

Then Pink came out on stage to help with the song.

To be fair, it was only a kiss on the cheek, but the thought of the two hot singers kissing is enough to get people’s attention.

“The crowd gave a hearty cheer as the two pop icons knelt down and indulged in a very public display of affection,” said The Daily Mail. “The saucy singer then got down on her hands and knees and crawled over towards the 42-year-old frontwoman.”

But the kiss wasn’t everything. During the entire song, the two mothers apparently were very flirty and ended up in an embrace after the song was over — and the audience loved it. According to Yahoo!, the chemistry between the two made it seem like they’d been performing together for years.

It makes sense that the two would get along, as both are around the same age, grew up in the same punk rock era as two of just a few female frontwomen, and have young children at home.

In any other situation, the star power of that one performance would be enough to last anyone a lifetime, but that was just day one of this festival. Performers still to come include Aerosmith, Brad Paisley, Linkin Park, Mary J. Blige, Enrique Iglesias, Pink and Taylor Swift.

If we’re lucky, Stefani will return the favor and we’ll see her on stage tonight during Pink’s set.