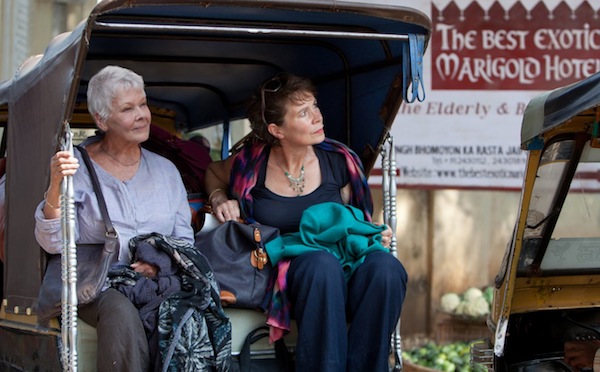 No. 1 — The Best Exotic Marigold Hotel

The A-list cast is the first reason to pick up this endearing comedy about a group of seniors who move to India to retire. The second is the unbelievably touching story. If you didn’t have this on your list, it’s a must-rent for acting, drama and a lovely bit of laughs.

Maggie Gyllenhaal fights for her right to vibrate >>

Wonder what it’s like backstage for the girl with the blue hair? Katy Perry: Part of Me is a documentary that follows the pop star on an international tour. Love, laughs and lots of music.

Trying to get pregnant? This spoof on what could possibly go wrong in a plan to get pregnant has a couple breaking into a sperm bank to steal back what they think is rightfully theirs.

This horror flick from Buffy the Vampire creator Joss Whedon takes five friends to a remote cabin in the woods. You can only guess what happens next. Get ready for Halloween with this spooky film worth every bit of scream.

Movie review: Fright elevates to new height in Cabin in the Woods >>