A road trip to Vegas is even sweeter when you’re with a great group of people going to work the red carpet at this year’s hottest concert — the iHeartRadio Music Festival! Here’s what happened on the first night. 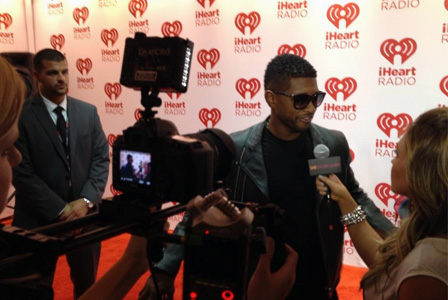 Let’s just get one thing clear before I start — even though I went to the iHeartRadio Music Festival, I didn’t get to see much of the show. Why? Because I was working the red carpet from 5 p.m. to 10 p.m. Now that’s not a bad thing — it was a blast! But I watched the fest go down from a live stream, just like all of you. Now, even though I was so busy interviewing some of the biggest names in Hollywood — NBD — I did manage to catch a bit of the show here and there, and here’s what I saw: Gwen Stefani’s abs and Pink’s toned arms. OMG — are you serious? Everyone in the media room was oogling over these girls’ rock-hard bodies. It depressed me for a minute that I’m nowhere near that fit, but I had to snap out of it real quick. It was showtime!

When celebs arrived on the red carpet (which they could choose to do whenever they wanted), I obviously had to peel my eyes away from the live stream and get into the interviewing zone. Trust me, it was a hard thing to do — and let’s be real — I was a little (a lot) nervous! But after the first interview, all my butterflies flew away. So, here are the highlights of the night:

First — the best part of the night — Usher spat in my eye. That sounds weird, but it totally happened! You know, when you’re talking, and you’re so passionate about what you’re saying, all of a sudden, a little ball of spit manages to fly out of your mouth? Ya … well that’s what happened, and like I said, it landed right in my eye. At first, I was like, “What the eff just happened?!” But once I realized what had just gone down, I celebrated it, reveling in the fact that I’d finally had an encounter with Usher’s spit (creepy much?). Now, that’s one thing I can check off the bucket list. Oh, by the way, did I mention he referred to himself in the third person in his interview? It was kinda weird. Watch it here! 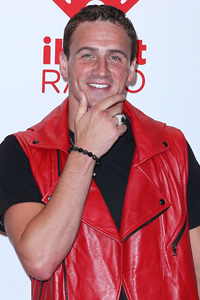 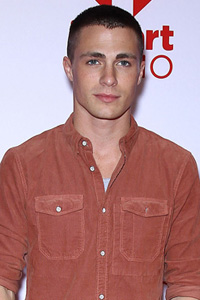 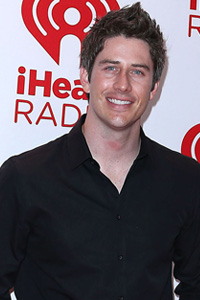 Next up was Miranda Lambert. She is the epitome of southern-belle sweet, down-to-earth and freaking beautiful. I hate to embarrass my camera operator—but she (the girl with the camera, not Miranda) was freaking out! Miranda’s a huge idol of hers, so I’ll give her that, but I was worried I was going to have to reach out and hold the camera still myself! She ended up doing just fine without my helping hand. Anyway, Miranda dished about the new show she’s producing (yes, talent, beauty and brains), and admitted that she gets jealous, too. Thank God it’s not only me! So, who’s the person causing all this green-with-envy angst? Shakira! Apparently, Blake has commented on Shakira’s … well-endowed and blessed looks, and Miranda is going to keep a close eye during Season 5 of The Voice. Better safe than sorry, girl! Shakira’s hips don’t lie.

Teen Wolf‘s Colton Haynes was the next to walk the red carpet. Let me just say, Lucy Hale — if you’re not kissing this, you are cray! Colton may be good-looking on TV, but he’s even hotter in person. I swoon just at the thought. Colton and I locked eyes for a good five minutes, and he told me (insert sultry voice here) who he wanted to kiss that night. Now, I know what you’re all thinking (and I was wishing!) but no, it wasn’t me. It was actually … oh, sorry. You’re going to have to watch the video to get that one, too. Luckily, you can just click here. 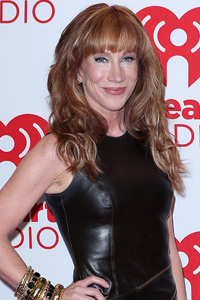 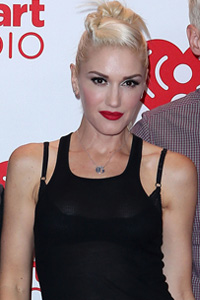 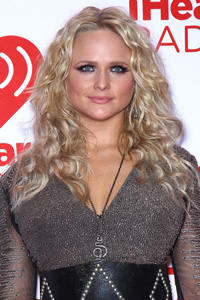 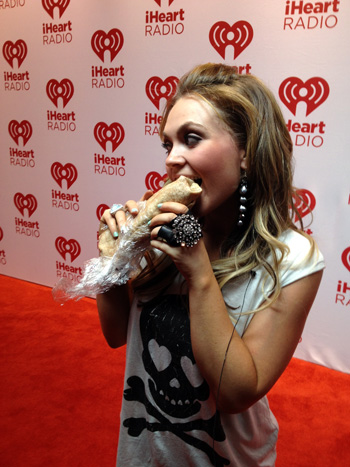 BREAK TIME! Thank God, I was starving. I ate a veggie wrap on the red carpet. Check it! That’s what I call one classy broad. Hey, all the other Hosts did it first! I swear …

Anyway, break time was over when Kathy Griffin arrived on the red carpet. She was … intimidating as sh*t (excuse the language). Seriously, comedians are the scariest people to interview! First, she thought I’d made up SheKnows.com. Really? We’re only the greatest site to ever hit the World Wide Web! Despite that, we got jiving for a bit and dished on Brit Brit and X-TINA … but, alas, Kathy has successfully climbed her way to the B-List, so she was too famous and important to stay on the red carpet for long. She did have a job to do!

Next, Arie Luyendyk Jr. walked the red carpet, and immediately, I thought, “Oh crap ….” Remember that article we published about seeing Arie out at a bar and prediciting that he wouldn’t win? Yes, that really did happen, and the girl who ran into him (and ratted him out — sorry, Arie!) was me. Anyway, as soon as I approached Arie, he said “I remember you.” I just tried to laugh it off, like, “Come on, Arie, I’m a reporter! Be a good sport, it’s what I do.” Luckily, Arie was totally gracious about it and gave us a killer interview, telling us what he thought about Nick on Bachelor Pad taking all the money for himself, Ryan Lochte potentially being the next Bachelor, and the TV gig he’s got in the works. Yes, you’ll still get to see his pretty face on TV (woo hoo!), but you’ll have towatch the interview for all the juicy deets.

Only disappointment of the night? Ryan Lochte. He walked his suave self onto the red carpet and only had time for a few interviews, which means we didn’t get to nab him. But don’t worry, I have tweeted my disappointment to him and fully intend to stalk him down in Vegas until he gives me a 1-on-1. Hello, do you know who I am?!

Keep checking back, because I’ll be bringing you more interviews, recaps, and obviously, the best articles all weekend long!

UPDATE: Recap for Night 2 is live now! Check it out by clicking here! I had a really awkward run in with Arie (he totally called me out), and Ne-Yo pressed his body up against mine. Oh ya, that’s right.

More on the iHeartRadio Music Festival