Plenty of rest and recovery time is in order for Robin Roberts, who has undergone a bone marrow transplant. The Good Morning America host has a video message for fans wondering how she’s feeling — watch below! 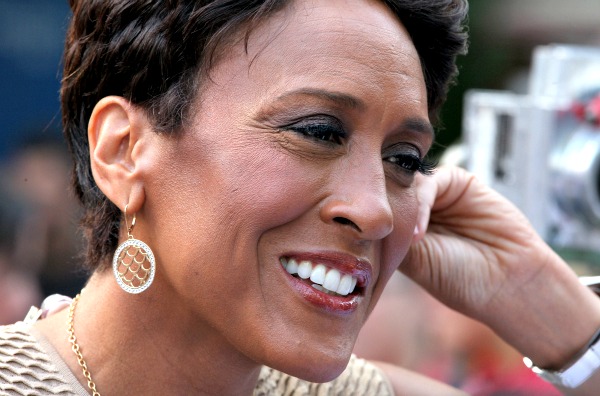 On Thursday, Robin Roberts was injected with millions of stem cells harvested from her sister, Sally-Ann Roberts, as a part of treatment for the rare blood disorder myelodysplastic syndrome. The 51-year-old journalist reportedly sang “Ain’t No Mountain High Enough” among other favorites and chatted with friends in the time before Thursday’s five-minute procedure.

Once the stem cells were injected, those in Roberts’ hospital room erupted into a round of applause. “Sally, you’re in me,” Roberts said.

“This journey is as much about the mind as it is the body,” Robin Roberts can be heard saying in a post-procedure video message to fans, part of which can be viewed below courtesy of CNN. “Thoughts are so powerful. You’ve got to change the way you think in order to change the way you feel. And let me just say this lastly, I feel the love and I thank you for it. Thank you.”

Appearing on the morning show Friday, Roberts’ oncologist revealed that the next 7-10 days are especially critical for the beloved anchor.

Us Weekly reports her blood will be checked several times a day to monitor her white blood cell count, but it’s moving out of the hospital that Roberts is most interested in! The doctor revealed that her patient sent her an email Friday morning saying that she “wanted to go home — with an exclamation point.”

Leave your well-wishes for Robin Roberts’ recovery below!

52 mins ago
by Giovana Gelhoren