Lifetime’s Liz and Dick is heading our way. The cable network has unleashed a new trailer, starring Lindsay Lohan as Oscar-winner Elizabeth Taylor. This is a version of the actress that we’ve never seen before. 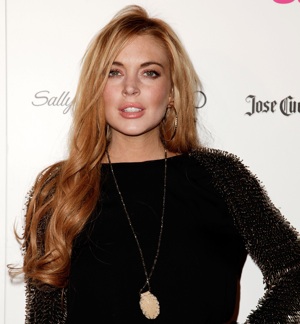 It’s the TV event we’ve all (sort of) been waiting for: Lifetime’s small screen biopic, Liz and Dick. The movie features Lindsay Lohan and Grant Bowler as the late-great Elizabeth Taylor and Richard Burton.

The network has released a new trailer for the film that illustrates the couple’s tumultuous relationship. At first glance, you can’t help but notice its over-the-top, soapy tone. A drunken Taylor throwing a bottle at Burton, then several sessions of lovemaking followed by another argument.

With lines like, “They drink. they fight, they fornicate,” Liz and Dick is obviously meant to be a guilty pleasure. The jury’s still out on whether or not Lohan’s Taylor does the actress justice. In 1995, Sherilyn Fenn played a version of her in Liz: The Elizabeth Taylor Story, opposite Angus Macfadyen’s Burton. Fenn genuinely looked the part, whereas the makeup department went into overdrive for Lohan.

We can’t tell if the film is taking itself seriously. It looks like a campy romp. Bowler seems to be hamming it up as Burton, while Lohan’s doing her best Joan Collins from Dynasty impression.

Check out the film’s dramatic trailer below:

Will you tune in for Lohan’s Liz performance?