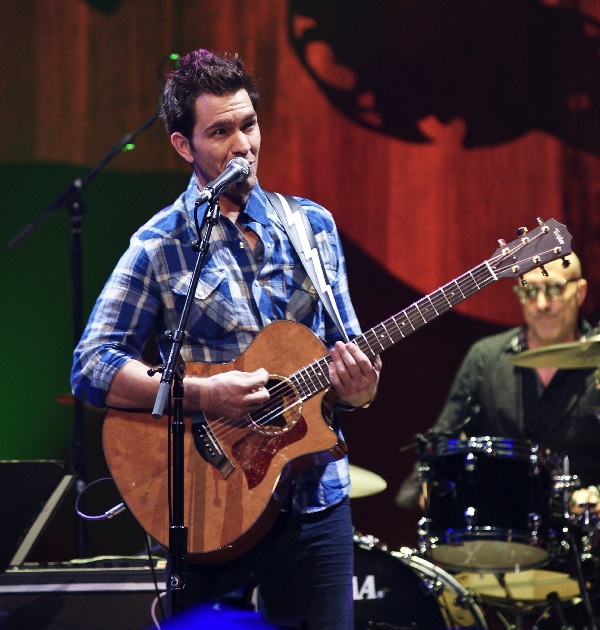 This video is inspiring. It’s got solid lyrics, an upbeat tune, tons of glowsticks (relax Deadmau5 fans, not for the same reasons) and a relatable story. Andy Grammer sounds like The Script but looks like the lead singer from the band Train. So in other words, he is what we call a “buttahface,” because we would want all of him but-his-face (he’s ugly). Call it sheer irony, but apparently he has been touring with Train (did he get hit in the face with one?).

To protect you, the creative geniuses responsible for this video keep his screen time to a minimum and portray the intertwined and overlapping storylines of a several couples. No, this is not the musical for the movie Crash. Instead, it’s a way for every single one of the viewers to feel as though they have been where the characters have been.

Let me explain the glowstick reference. For those of you who have a heart, and for those of you like me who don’t, you’ll like the symbolism. I started scoffing when the girl who walked in on her cheating boyfriend broke a glowstick before she stormed off. Because, let’s be real, I would break my boyfriend’s face before I did anything else. But 10 glowsticks later, it made sense that we needed to break before we could feel hope restored and symbolically “shine.”

This video embodies perseverance and overcoming the roadblocks and destruction that may end up being the catalyst for our growth and rejuvenated perspective on life. And I almost immediately posted this on my Facebook wall, because the song was too good not to share.

You ever watch a video and suddenly pay attention to a song more than if you’d just heard it on the radio? Andy Grammer makes a good case why this should be the end-of-summer song.

The heartthrobs of iHeartRadio Music Festival 2012

Taylor Swift’s “We Are Never… ” may be about Jake Gyllenhaal