Heads up, Stedman! Ms. Oprah Winfrey recently had the pleasure of kissing a man by the name of Forest Whitaker — and she’s telling BFF Gayle the lip-love was “good.” 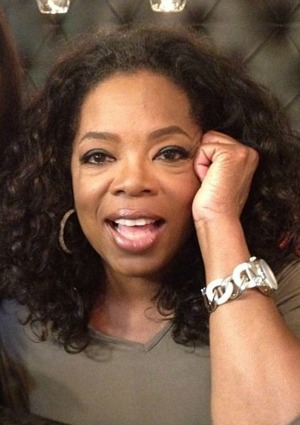 Oprah Winfrey has kissed and told all. The longtime love of Stedman Graham has recently been getting romantic with actor Forest Whitaker, and dished to best friend Gayle King that the kiss-fest made for a fine day at work.

During an appearance on CBS This Morning, host Gayle King said to her very famous friend, “I can’t wait to see you and Forest as husband and wife. There’s a kissing scene you were talking about the other day. Did you feel all tingly?”

Oprah, who stars opposite the veteran actor in the upcoming flick The Butler, replied, “I felt pretty good about it, let me just say. Forest is a good kisser, how about that?”

Giving a shout out to the 51-year-old actor’s wife of 16 years, Oprah added, “Thank you, Keisha Whitaker.”

All in a days work for the media mogul, who some say has “lost her Midas touch” since ending The Oprah Winfrey Show and moving on to OWN.

Oprah’s Next Chapter news from SheKnows >>

Although she’s slipped from No. 16 on down to last place on Fortune‘s list of 50 Most Powerful Women, Oprah maintains an upbeat, slightly unaware attitude.

When asked if the ranking demotion upset her, the 58-year-old replied, “For heaven’s sakes, no … I’ve been very honored and flattered over the years to be on various lists but for me the most important thing is what you do with that ranking.”

As a matter of fact, the mega-rich mogul doesn’t even keep track of such things. Oprah added, “I wouldn’t have known that the magazine was out or that I was on the list if you hadn’t called me… it didn’t faze me at all.”

So you see, it’s not that Oprah has lost her almighty Midas powers necessarily, it’s just that she’s lost track of the degree of her phenomenal cosmic powers!

Do you think Oprah has lost her golden touch?