The first five male winners of American Idol were dropped by their record labels within a few years. When will one of the male winners become the next Kelly Clarkson or Carrie Underwood? 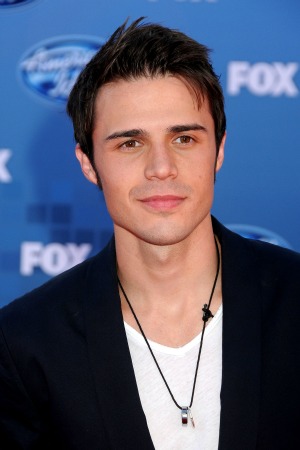 There have been 11 seasons of American Idol, and men have won seven of those. But the female winners have had far more success than any of those males. Season 8 winner Kris Allen has been added to the ever-growing list of American Idol winners without a record label.

“With the news this week that Kris Allen has parted ways with his major label home after two modestly selling albums, all but the two most recent male Idol winners have lost their label deals,” said MTV. “Meanwhile, the four women have kept theirs. In fact, out of the first five male Idol champs, only one has made it past their second major label release.”

Ruben Studdard is the one male that made it to album three before being dropped by his label.

All seven male winners were hot stuff when they won their season, so what has changed?

“I don’t necessarily think it’s a case of gender discrimination,” Billboard associate director of charts Keith Caulfield told MTV. “I think it may have something to do with solo male artists often having a more difficult time in the world of pop music than solo female pop artists.”

There are many reasons why the male winners could be doing worse, and one may be the many solo women on the billboard charts. But when it comes to men, it’s a different game.

“The Billboard Hot 100 is lousy with hits from the likes of Taylor Swift, Pink, Ellie Goulding, Carly Rae Jepsen and Katy Perry, but most of the male artists are either in bands, hip-hop/R&B acts or the rare pop breakthroughs like Gotye and Justin Bieber,” said MTV.

But despite all the experts, the one who may have the answer is American Idol blogger MJ Santilli. It’s possible that men may actually have a better chance of winning the show because of the teenage following, but that can be a double-edged sword.

Santilli explains, “Teen girls’ attention spans are not that long.”