Javier Bardem and Penelope Cruz may live happily as a married couple these days, but they’re not alone! Underfoot is adorable son Leo, while inside the actor lives a woman.

Related story 14 Actor Pairs Who Work Together Repeatedly, Even if You Don't Realize It 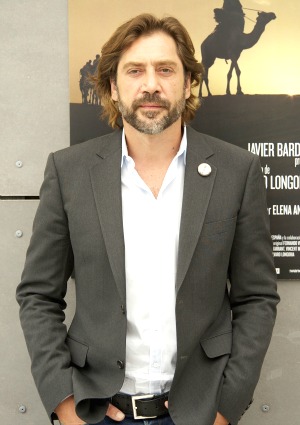 Javier Bardem didn’t hold anything back when he sat down for a recent interview with GQ magazine. From “that f***ing nose” to being seriously in touch with his feminine side, the husband of Penelope Cruz happily told all.

“I was raised not to be afraid to show emotion or imagination,” Javier Bardem, who’s on the cover of the most recent issue of GQ, explained.

However, all that self-acceptance of both his masculine and feminine qualities hasn’t helped the 43-year-old actor one iota in making peace with his physical characteristics.

Speaking of his performance in Bond movie Skyfall, as well as taking on characters in general, Javier Bardem dished:

“The fact that I like to make characters doesn’t mean that I like to watch my characters being made, my performance. I can’t even watch that f***ing nose, that f***ing voice, those ridiculous eyes. I can’t handle that. But when I’m doing it, I don’t see my nose or hear my voice; it’s like there’s something stronger, bigger than that. And I need to express it.”

For the atheist (“I’ve always said I don’t believe in God, I believe in Al Pacino”), happiness means life at home with wife Penelope Cruz and their 1-year-old son Leo.

“I’m happily married. I breathe and stay in peace,” he explained. “I truly thank whoever’s up there for giving me the opportunity to be loved.”

Do you love a man in touch with his feminine side, like Javier Bardem?