Are you a blonde Victoria’s Secret model? No? Then in the real world, Adam Levine wouldn’t so much as breathe on you. 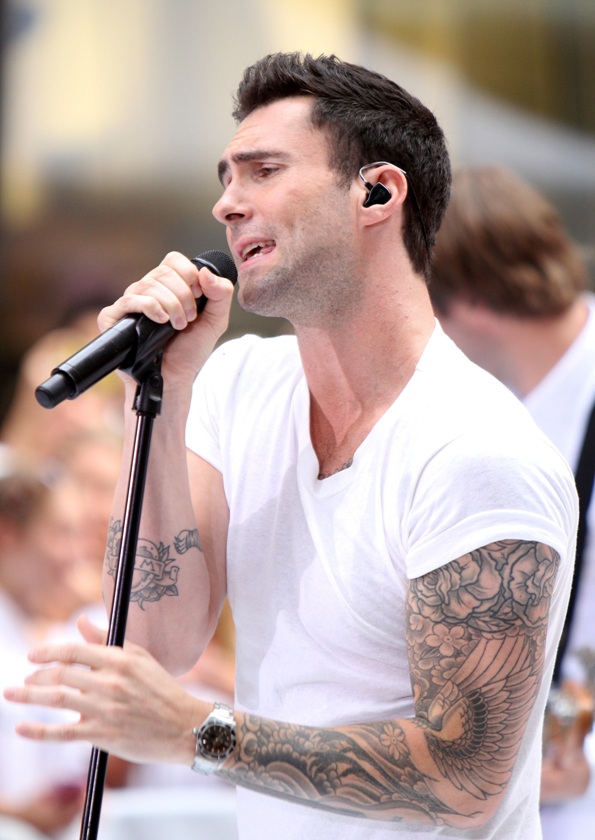 For those of us not of Nordic goddess descent, this music video may be as close as you will ever get to seeing the vulnerable (and might I add shirtless) side of Mr. Levine. I love how this undeniably catchy song may be by the band Maroon 5, but it mainly features sexy Adam. He plays an adorable father, a ferocious fighter and a lonely boy all in five minutes.

I mean if it were Mike Tyson who actually was a conflicted boxer torn between love of his family and love of his career only to be broken down into nothing… I wouldn’t recommend it.

Besides his very presence being bodacious eye candy, there is a cameo from the beautiful Minka Kelly of Friday Night Lights fame (who ironically hasn’t had the greatest track record with love either), who plays the love interest and mother of his child. If that happened in real life, imagine what superior genetic anomaly would have sprouted and how unfair that would be to humanity — we can only handle one Brangelina!

The allure hands down is that Adam actually feels within reach. Based on the vulnerability he shows, it feels as though you can save him from abandonment. Either he is an incredible actor, or this song struck a personal chord in his heart. You see his relationship unravel as his need to provide for his family and satiate his ego and the demands of his career lead to the departure of his family. In some odd way, the video is relatable, as Adam suffers from not being the man he needs to be — and how many of us women have experienced one of those? Not to ruin it for you — this video is hardly complex — but you certainly will be thinking about his body after it ends.

Why are you still reading?! Go watch the video! Adam is shirtless — that is all you need to know. Maybe it will also cross your mind that this video has some odd parallel to his failed love life (because even MTV hinted that recent songs might be about his latest ex). Maybe his problems could be solved by dating someone who is not a model/actress/tennis player (cough, Sharapova).

Jennifer Love Hewitt feels like a ‘fool’ for crush