Beyonce has gone into business with her mom, releasing a line of baby clothing supporting the president. She’s fundraising for him too. 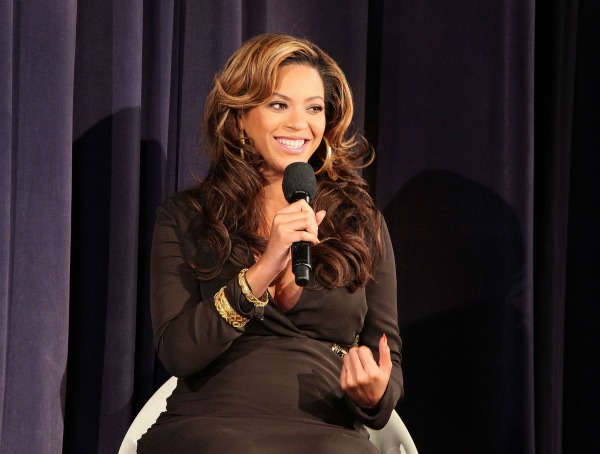 New mom Beyonce, along with her mom Tina Knowles, have a new project under their belts. But this one may be over almost as soon as it began, and that is OK with them. The project is a new clothing line to help re-elect President Obama, so the fruits of their labor may be off the shelves by November.

It takes a certain someone to wear most of the clothes, though. A small someone. The clothing line has quite a few pieces for babies and features onesies with printed designs saying “Forward Together,” “2012” and “OBAMA.”

“The mother-daughter House of Deréon team joined the Runway to Win campaign that showcases Obama 2012 apparel and fun accessories from designers like Chanel Iman, Rachel Roy, Russell Simmons, Kerry Washington and Sean John,” said BET. The duo do have adult clothing, though, including crewneck T-shirts with inspirational phrases like “Greater Together” and “Words Do Inspire.” According to BET, the clothing ranges in price from $25 to $95 per item, but you can buy all three onesies for $65.

According to Entertainment Weekly, Beyonce and her husband Jay-Z also held a $40,000-a-ticket fundraiser for Obama on Tuesday and may have raised up to $4 million for the president’s re-election campaign.

The Runway to Win collection also includes clothing from other celebrities. “T-shirts, tote bags, accessories and other Obama-themed swag included in the line were created by an array of fashion designers and celebrities who support the president, including Vera Wang, Tory Burch and Sarah Jessica Parker,” according to Entertainment Weekly. “A crewneck shirt ($45) designed by Ricky Martin is emblazoned with the words ‘Estados/Estamos Unidos.'”

Entertainment Weekly wants to make sure fans of the GOP also know that they have many options, including clothing in Mitt Romney’s online store.

For political designers, business is good. But as always, it is short-lived. The presidential election will take place Tuesday, Nov. 6, 2012.