One Direction is continuing their quest for world pop music domination with the debut single and video from their new album. 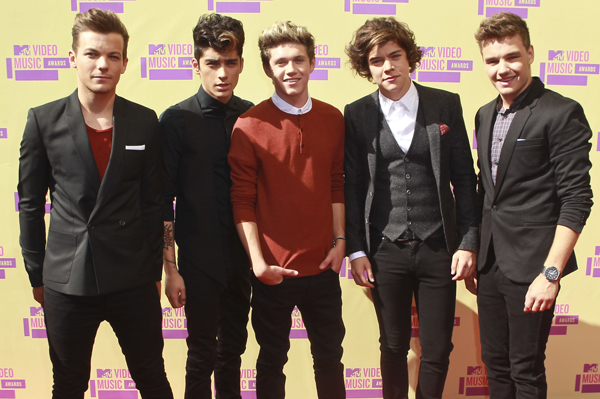 We’ll admit it: We have the One Direction infection — and the only cure for it is more music! The guys have helped cure what ails us by releasing the new music video for their single “Live While We’re Young.”

Wait, wasn’t the video supposed to come out next week? Yep, but Sony moved up the release to today when a low-quality version leaked on the web this morning.

One Direction changes their name to Uncharted Shores >>

“We wanted our fans to see the video and hear the single in the proper way so we’ve moved the premiere to tonight. We’re really excited about ‘Live While We’re Young,’ we’ve worked really hard on it and we can’t wait for everyone to see and hear it later today!” the guys said in a statement.

The video for “Live While We’re Young” was filmed last month in the U.K. and it sounds like it was a good time for all.

One Direction spends time looking at each other’s privates >>

Pretty sure these guys have fun no matter what they’re doing.

Oh, and if you don’t already have the 1D infection, get ready: They’ll be doing their best to give it to you in the next couple of months. The band will be heavy on the promotion trail ahead of the Nov. 14 release of their second album, Take Me Home. They’re also scheduled to appear on NBC’s Today ahead of the release.

What do you think of the new single and video?