Former Criminal Minds Mandy Patinkin won’t be back on the show any time soon. Why? It basically ruined him, he said. 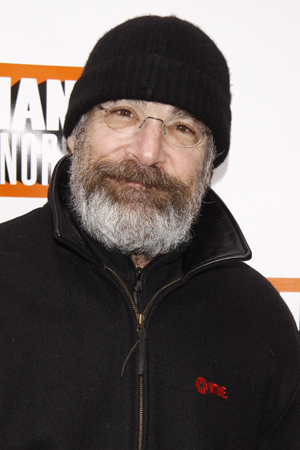 “The biggest public mistake I ever made was that I chose to do Criminal Minds in the first place,” the actor recently told New York Magazine.

Ouch. He later clarified his statement, saying he thought the show would be something a lot different than it was.

“I never thought they were going to kill and rape all these women every night, every day, week after week, year after year,” he added. “It was very destructive to my soul and my personality. After that, I didn’t think I would get to work in television again.”

We get it: Though shows like Minds and Law and Order: SVU are addictive, they do get pretty depressing after a while. Patinkin added that his current show, Homeland, helped him add some positivity back into his life.

“I’m not making a judgment on the taste (of people who watch crime procedurals),” he continued. “But I’m concerned about the effect it has. Audiences all over the world use this programming as their bedtime story. This isn’t what you need to be dreaming about. A show like Homeland is the antidote. It asks why there’s a need for violence in the first place.”

Still, his former bosses aren’t exactly thrilled with his assessment of the show.

“Criminal Minds is about the heroes who protect men, women and children everyday,” Executive Producer Erica Messer told Entertainment Weekly in a statement. “Mandy is an outstanding actor and we wish him continued success with Homeland.”

Criminal Minds must be doing something right: The show is back for its eighth season with new star Jeanne Tripplehorn on Wednesday, Sept. 26.