Rapper Lupe Fiasco says he won’t vote in the election, and it’s not sitting well with some other prominent voices in the African-American community. 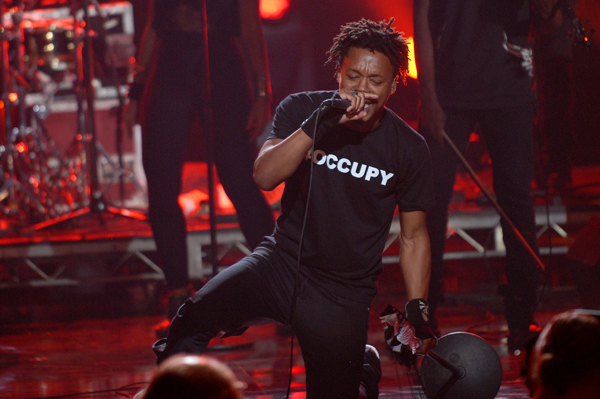 “I don’t get involved in politics. It’s meaningless,” he told CBS News last year. “If I’m going to say I stand behind this person and write on a piece of paper that says, ‘Yeah, I stand for this person,’ then I have to take responsibility for everything he does cause that’s just who I am as a human being. So politicians aren’t going to do that because I don’t want you to bomb some village in the middle of nowhere.”

This comment didn’t sit well with some prominent African-American entertainers. Comedian D.L. Hughley recently spoke out against the rapper and his ignorance.

“They want to raise the age of Social Security from 65 to 68… Black men die at 67,” Hughley mused during an interview with Connecticut radio station Hot 93.7. “Lupe Fiasco forgets that he’s going to be an old man when he’s looking for a Social Security check, and he dies right before he gets it.”

The comedian wasn’t done there.

“Young black men are going to listen to him, and they are the ones who have decisions made for them, decisions that they are not even involved in, which is silly to me,” he continued. “There are more black men in prison then there were ever slaves. And it’s silly to me that people don’t want to have a hand in their future.”

CNN commentator Roland Martin entered the fray on Wednesday night with a series of tweets directed toward Fiasco.

“I need bruhs like @lupefiasco and others to realize their words DO MATTER. And what they said needs to be informed & knowledgeable,” he wrote. “So when @lupefiasco says what he has to say about the election doesn’t matter, that’s just not true. EVERY vote matters.”

The rapper is holding steadfast in his views, though.

“Sick of u uppity black n****s hiding behind your political correctness…MLK JR would be ashamed of yall…we still dying in these streets..” he tweeted in response. “Let me heal from the wounds of 400 years of institutionalized agony and destruction first…then maybe I’ll think about voting…”

Which side of the debate are you on?

10 mins ago
by Giovana Gelhoren

16 mins ago
by Giovana Gelhoren