Believe it or not, Lindsay Lohan might not be at fault in her car accident arrest. New information reveals that the victim might be overstating his injuries. 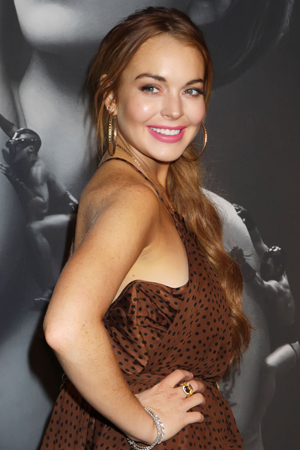 We all laughed a bit when Lindsay Lohan was arrested early Wednesday for clipping a man with her Porsche outside the Dream Hotel in Manhattan. However, now it’s looking like she might be the victim after all.

“While some of the facts are still being gathered, it appears that this is much ado about nothing,” her rep Steve Honig told ABC News in an email. “We are confident this matter will be cleared up in the coming weeks and the claims being made against Lindsay will be proven untrue.”

Restaurant cook Jose Rodriguez told police that Lohan hit him with her car, causing a knee injury. He also claims she was under the influence.

“She was slurring,” he told the New York Daily News. “She smelled like alcohol.”

Lohan was later arrested and given a bench appearance ticket. The arrest could spell big trouble for the actress since she’s on probation for her jewelry theft incident.

What got Lindsay Lohan banned from Chateau Marmont? >>

How much trouble? Potentially a lot, according to Alison Triessl, criminal defense attorney and creator of the Wild About Trial app.

“Lindsay Lohan’s 2011 grant of informal probation out of Los Angeles could well be in jeopardy given this new offense,” Triessel told SheKnows on Wednesday. “One condition of that probation is that she violate no laws. Therefore, if the Manhattan District Attorney’s office does indeed file charges against her of leaving the scene of the accident, she may be facing a violation of her California probationary grant.”

Yikes. All she needs is more courtroom drama.

Still, she could come out of this relatively unscathed: Surveillance footage outside the Dream shows the victim likely is exaggerating his claims. Was she just a victim of opportunity? Maybe.

“It is very difficult to protect Lindsay (and for that matter, many other public figures) from people trying to capitalize on their legal troubles and negative public image,” Triessel told SheKnows.

“Lindsay has been accused of several public scuffles, several of which resulted in a civil settlement. Sometimes, it is better just to settle the claim, even if the facts are questionable, so that the story is no longer relevant and the celebrity is shielded from more public scrutiny. Trying to avoid a PR disaster and staying out of the headlines can force a lot of celebrity to settle what would otherwise be defensible claims.”

This is one of those (many) times we’re glad we’re not famous.

Lohan has at least one person on her side: Slash. The guitarist spent time with her backstage at his show in NYC minutes before the alleged accident.

“The situation last night w/Lindsey was a lame paparazzi stunt. She didn’t do anything. it’s being blown out of proportion,” he tweeted.