Everyone performing at iHeartRadio Music Festival is some kind of superlative, so we came up with a few creative categories for this year’s lineup. 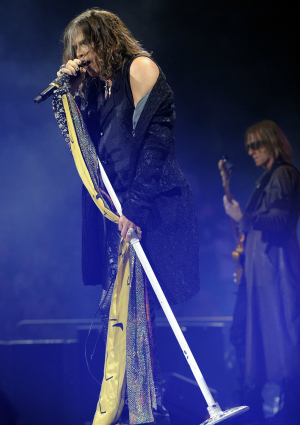 Most Likely to Break a Guitar

This is a toughie since there are so many rabble-rousers performing at iHeartRadio Music Festival this year.

On the one hand, you’ve got Aerosmith, who were swinging guitars at things before some of these other acts were swinging from monkey bars. But Steven Tyler and his gang may have — how shall we say — seen their days of rowdy stage shenanigans come and go?

Albeit, Tyler did show off some pretty impressive abs while on American Idol (gratuitous shirtless shots are kind of his thing), but we think it may be time to usher in a new reign of guitar splinterers. So, we’re going to make Green Day’s angsty guys Aerosmith’s understudies in this category. 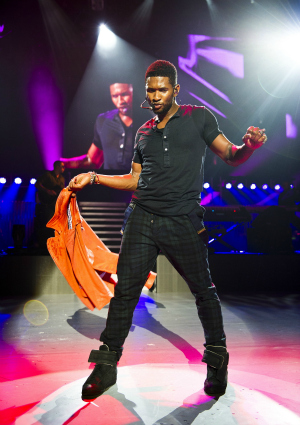 Most Likely to Break Hearts

Forget about the guitars — the ladies of the iHeartRadio crowd are already doing some major crushing on the iHeartRadio heartthrobs performing this year! So which acts are most likely to break the hearts of adoring female fans by making a hasty exit without any adoring groupies in tow?

We’ll give a slight edge to Usher, since word has it he is super psyched to perform his steamy hit “Scream” at the show — and we’re pretty positive that’s exactly what the performance will make the ladies do.

Shakira and Usher take coach’s seats on The Voice >> 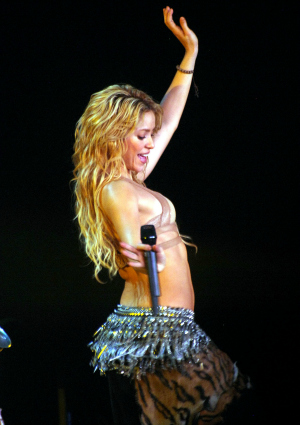 Most Likely to Have a Wardrobe Malfunction

Hips don’t lie, and we’re thinking it’s gotta be difficult for any outfit to stay put with all the hip swiveling and a**-shaking Shakira does during her performances. Not to mention the fact that the sultry singer frequently rocks it out wearing scarcely-there two-piece ensembles that would make the boldest of belly dancers proud.

However, with Shakira’s last-minute cancellation due to the fact that her aforementioned belly is now carrying precious cargo, this superlative goes to Rihanna by default.

With the wide range of go-go-Gadget-looking getups RiRi has been known to wear onstage, she could have been a shoo-in for this category anyway. 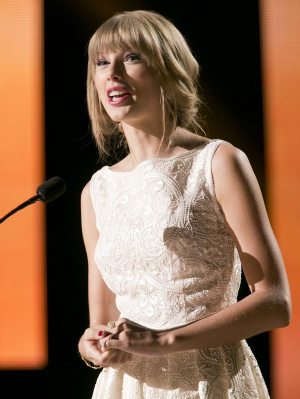 Most Likely to Incite a Riot

She may be sweet. She may be innocent. But don’t take the power of Taylor Swift for granted. This girl has fans who stand in line for hours upon hours to meet her. They sit through concerts in the rain to sing her songs in unison with her. Hell, they even buy bright purple Taylor Swift concert tees and wear them as if Badgley Mischka made them.

These fans will follow Taylor anywhere, and we’re betting many of them booked their flights to the iHeartRadio Music Festival the minute they found out Tay-Tay would be joining the lineup.

Their loyalty is no joke — get in the way of their outspoken adoration for this country cutie, and they just might cut you.

Which ex is Taylor Swift’s new song about? >> 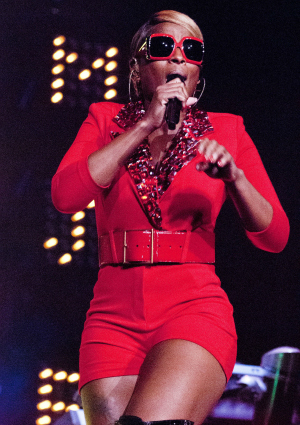 Most Likely to Get Asked for Autographs by Other Performers

Sure, Steven Tyler and Bon Jovi have been around the block a few times. They are rock legends and, arguably, in a league of their own. But when it comes to singers with a shocking number of celebrity fans, Miss Mary J. Blige takes the cake.

Considered the first lady of hip-hop, she paved the way for female singers in her genre and others — she made it okay to air dirty laundry and do a little ball bustin’ through lyrics.

Her journey from the school of hard knocks to becoming royalty in hip-hop endears her to fellow celebs, who find her story inspirational. Uh, not to mention she rocks a mic like nobody’s business!

Just because you don’t have tickets, doesn’t mean you have to miss all the fun!

SheKnows will be covering the red carpets, concerts and after-parties, so be sure to check out all the coverage, all weekend long.