The mother of the superstar singer wants to share her experiences growing up in Canada as an abused child and young mother. 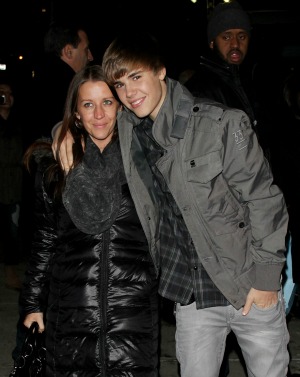 Justin Bieber has been on the international stage since he was a young teen, but Bieber’s mom is still a pretty young woman herself. Pattie Mallette was Bieber’s current age when Bieber was born, which makes her now barely over 35.

However, Mallette’s new book, Nowhere But Up: The Story of Justin Bieber’s Mom, is (unsurprisingly, given the title) more about her than her famous son. In it, she talks about her tough upbringing. “I’ve spent most of my adult life sifting through the tangled web of emotional wounds and the debris left by the darkness in my childhood,” she said, according to the Carolyn Kellogg with the LA Times. The book was co-written by A.J. Gregory (Kellogg explains that many books written by stars have a second writer).

According to the book, Mallette was sexually abused in childhood, by more than one man. She also dealt with alcohol, drugs, and even attempted suicide at one point, said Kellogg. The famous mom said she turned her life around with the help of a Christian counselor. “I’m really grateful to God and to all the people who have surrounded me and loved me,” she told USA Today.

“I always wanted to write a book about my story,” Mallette said, according to Kellogg. “I wanted to be as vulnerable as I could, so that young girls who have been through similar things could relate. I pretty much bared my soul. It definitely furthered my healing process.”

An excerpt from the book, made available by The Today Show, talks about Mallette’s time at a home for pregnant girls and the loneliness she felt at that time. According to Extra, when Mallette visited The Ellen DeGeneres Show, she said she hadn’t had sex since she was 21 and doesn’t plan to do it again until she is married.

For Bieber fans — not to worry. According to Kellogg, the book contains plenty of dirt on Justin’s early life, so you can bet quite a few Beliebers will be picking it up.