Lisa Lampanelli’s weight loss totals are no chump change. The comedienne everyone loves to hate is looking slim and trim these days, after losing a whopping 80 pounds! 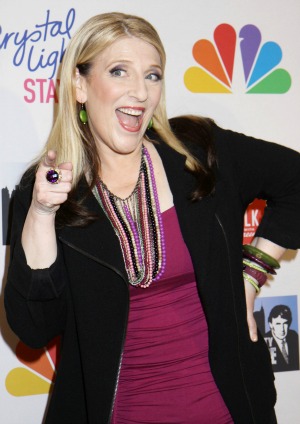 Lisa Lampanelli’s weight loss surgery has turned out to be a smashing success. After undergoing gastric sleeve surgery earlier this year, the insult comic has dropped more than 80 pounds!

“It drops off, dude,” Lisa Lampanelli said of the weight while speaking to Howard Stern on his radio show Tuesday. “It’s so much fun. By the time I get my clothes dry cleaned, I’ve got to throw them away.”

“I feel so much healthier,” the once-248-pound comic, known by many for her stint on Celebrity Apprentice, went on to tell In Touch Weekly.

“Crazy diets, good diets — you can’t name a diet I didn’t do. Finally, I said, ‘I’ve tried it all, and there’s no shame in taking the next step.’ The doctor who ultimately did my procedure explained that obesity risks are much greater than the risks for this surgery.”

The 51-year-old, known for her highly controversial comedic style, now says she is a svelte size 12.

Lisa Lampanelli continued, “I was such an overeater. Now, I get full quickly — at three, four bites, I have to stop.”

Though she’s struggling to eat much now, the Queen of Mean’s gastric sleeve will eventually stretch out some. However, the comic insisted she isn’t worried that old habits will take over again, saying, “I’m keeping a close watch. I don’t want to gain again.”

“The size I am right now, this is the size I always was meant to be,” said Lisa Lampanelli, pictured here in May, just partway through her weight loss journey.