The iHeartRadio Music Festival 2012 is set for Friday and Saturday night, but the party doesn’t stop there. We’ve got the scoop on the official parties! 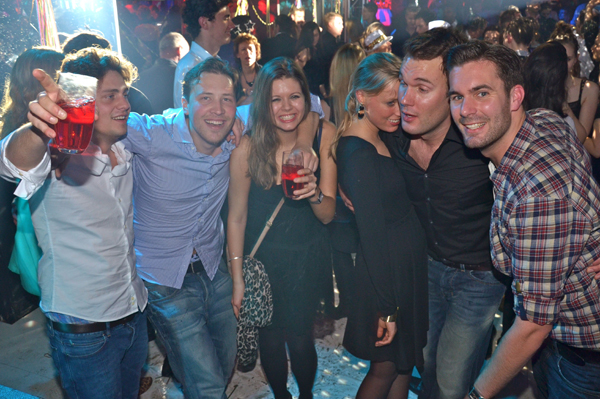 The 2012 iHeartRadio Music Festival is set for Friday and Saturday night, but we all know that the party doesn’t stop when the performances end. Several Las Vegas nightclubs are planning parties to celebrate the second year of the festival.

Heading to Vegas? Here’s what you need to know:

1 Oak Las Vegas is the location for the official iHeartRadio Music Festival after-party on Friday night. The party gets underway starting at 10:30 p.m. PST, and Usher is scheduled to appear.

“Usher hosts the official iHeartRadio Music Festival after-party,” 1 Oak said in an official announcement. “Partygoers can expect a one of a kind party, with celebrity guest DJ Clue spinning the hottest tracks that will get you on the dance floor… where you might just brush arms with a celebrity.”

1 Oak is also giving one fan the opportunity to fly to Vegas and attend the party as Usher’s guest. You can check out more information on that contest at their Facebook page.

The heartthrobs of iHeartRadio Music Festival 2012 >>

Work off your Friday night hangover at Wet Republic’s pool on Saturday afternoon. The poolside venue at the MGM Grand is hosting the official party before Saturday night’s lineup of music. Bob Sinclair will be performing, too. All the wet fun starts at 10:00 a.m. PST.

There’s always something going down in Sin City, so don’t worry if the parties aren’t your scene.

Get all the iHeartRadio information you need, before heading out to Vegas…