Twihards, rejoice! Kristen Stewart and Robert Pattinson are apparently ready to forget the summer and give their relationship another chance. 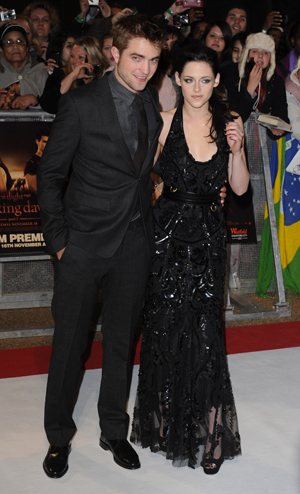 We can all breathe again: Friends of Robert Pattinson and Kristen Stewart say the Twi-pair say they “think they’ll be a couple again.” The news comes two months after Stewart admitted to cheating on her British boyfriend with another Brit, her Snow White and the Huntsman director Rupert Sanders.

Since then, rumors about the status of their relationship have dominated gossip pages: First, RPatz snuck off to pal Reese Witherspoon’s Ojai, California mansion. Then, the home they shared in Los Angeles went up for sale.

Stewart even hinted that things were on the up-and-up during the Toronto International Film Festival in early September. “We’re going to be fine,” she told reporters, adding “We’re totally fine.”

Other sources told RadarOnline that Pattinson has been in forgiving mood for weeks, though his friends didn’t want him to get back together with his “trampire”.

“Rob was super angry for the first couple of weeks. Angry at Kristen for ruining what they had, angry at her for the public embarrassment, angry at Rupert [Sanders],” a source told RadarOnline in August.

Apparently his hard partying in Northern California was helping him numb the pain of Stewart’s dalliances.

“He’s been drunk dialing Kristen. Rob had been avoiding her calls, but now they’re talking… Well, they’re barely talking,” the source continued. “There’s a lot of dead silence on the phone, because there’s not a lot to talk about.”

We have to agree with MTV VMAs host Kevin Hart: She made a mistake and is sorry. Shouldn’t she get a second chance?

That is, of course, if the whole thing is actually real. Some fans claim that Stewart was blackmailed into apologizing and the photos aren’t even real. One even went as far as to make a video explaining the set-up.