Clint hits a home run in this baseball movie with a daughter looking to connect with a father who never committed to her after her mother died. While the game of baseball may be a metaphor for the American way of life, this complex father/daughter story is anything but typical. 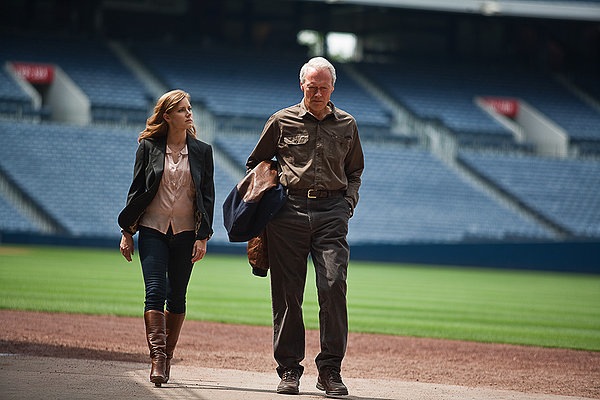 3 out of 5 stars Perfect for baseball fans

I have to be honest — I’m a huge fan of Clint Eastwood. Politics aside, I think the man is an American treasure. So it’s fitting his latest film is about baseball, a sport that’s as American as apple pie. But as a generation of millennials comes of age with all its digital gadgets and expectation of instant gratification, can the slow-paced, nonviolent game stay a fixture in American culture?

Eastwood plays Gus, an aging baseball scout who lives for his work. A true pro, he eats and breaths baseball. When the early stages of glaucoma set in, his vision becomes blurry, causing all kinds of havoc in his life. 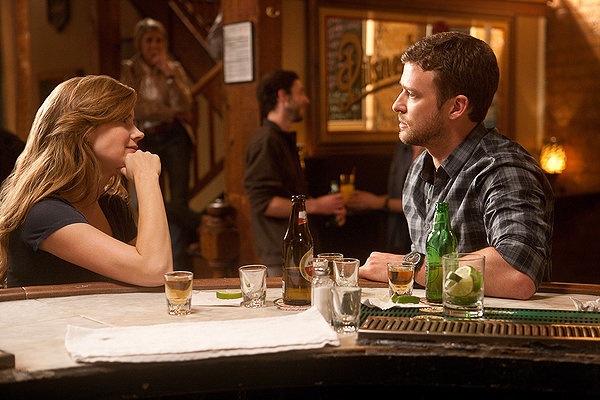 Amy Adams plays his daughter Mickey, a 33-year-old attorney who’s currently up for partner at her firm. Her relationship with her dad is distant, though she still seeks his approval and has difficultly letting men get close to her romantically. When she gets a concerned call from Gus’s associate Pete (John Goodman), she decides to travel to North Carolina with her father, much to Gus’s dismay.

Mickey quickly realizes her father’s sight is deteriorating, which is problematic since he needs to scout for the next big hitter. Having grown up in the world of baseball, Mickey knows how to tell which young players have true potential and she helps her father with the scouting. To further complicate things, Gus’s job is on the chopping block, since most teams are turning to computer algorithms to determine which up-and-coming player has the best stats.

Mickey meets Johnny “The Flame” Flannigan (Justin Timberlake), another baseball scout who’s charmed by her knowledge of baseball. The couple has romantic potential if she can risk opening up to him. 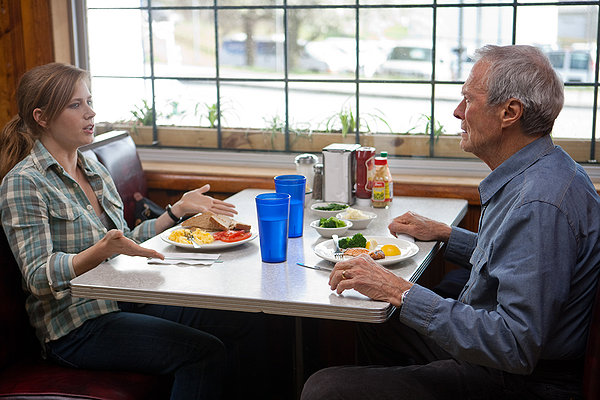 Like baseball, this movie is slow-moving, with little action. The performances are stellar, and it’s lovely to see Amy Adams as a woman trying to connect with her father. Adams brings honesty and perseverance to the role as she discovers the truth about her father.

Bottom line: If you love the pacing and predictability of baseball, you’ll love this movie. If you crave something faster-paced with more action, go see End of Watch.