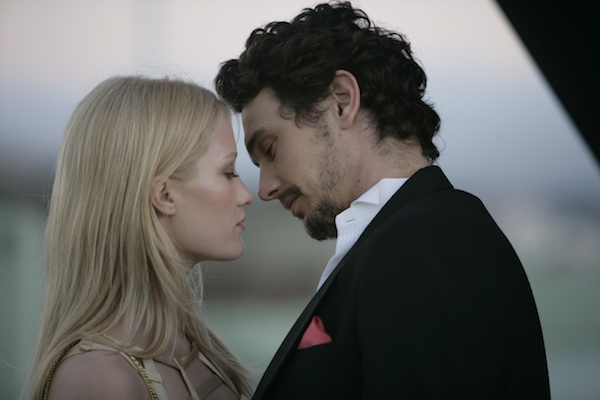 2 out of 5 stars: Perfect for anyone who likes
watching tame girl-on-girl action

Angelina (Ashley Hinshaw) is a beautiful 18-year-old from a broken home. Her mother, Phyllis (the brilliant Lili Taylor), is a vengeful alcoholic, and her father likes rage. Her little sister is heartbreakingly dragged behind this car wreck of a family.

One positive thing Angelina has going for her is her friendship with Andrew (Dev Patel), who’s in love with her but will settle for being her buddy.

After Angelina’s loser boyfriend convinces her to take some nude photos for a photographer he knows, Angelina and Andrew decide to exit their dreary lives and head to San Francisco.

Given her stunning beauty, Angelina easily gets hired as a waitress in a strip club, where she meets the dark and handsome Francis (James Franco). He has a few demons of his own. 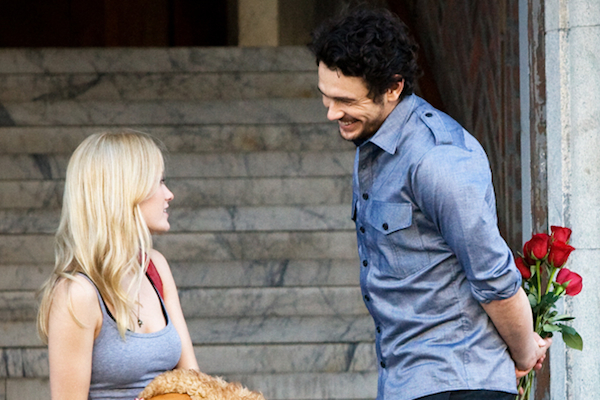 Adult video director Margaret (Heather Graham) is a lesbian who becomes fascinated by Cherry, to the point where Margaret’s live-in girlfriend breaks up with her.

About Cherry is about a nice girl with a surprisingly good head on her shoulders. Sure, she’s being exploited for her body, but she never (to my great relief) seems likes she’s in too much danger. The truth is, staying in her abusive home would have been much worse for this little girl with big hopes for something better. And the surprise ending will having you breathing a sigh of relief as well.

The steamiest scene in the movie is when Heather Graham has angry sex with her girlfriend on the kitchen floor — but don’t expect full nudity or close-ups. 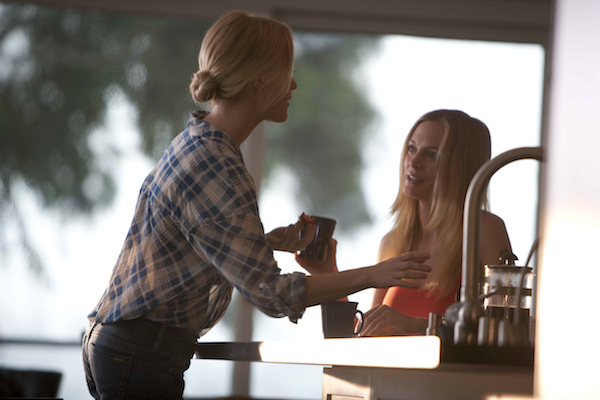 The thing I truly missed in the movie is Angelina’s point of view. We never really find out how she feels about her own sexuality, and maybe that’s the point – she’s too young to understand it. But the filmmakers fail to consider that she has a point of view, muddled or not.