The Academy Awards are announcing their nominations five days early this year so judges and audiences will have more time to view and review the nominated films. 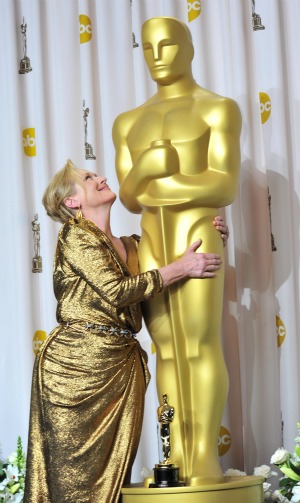 The Academy of Motion Picture Arts and Sciences said today they will be announcing their nominations for the Oscars five days earlier than normal. They are making the change because they want to give their judges the extra time to view the movies, but also to make sure the public can get into the Oscar spirit, too.

The nominations were originally to be announced Jan. 15 but will now be announced Jan. 10. However, not everyone will be happy about the change. “Because of the date change, there may be some scrambling by the Directors Guild of America, Cinema Audio Society and American Cinema Editors,” said Susan King with the Los Angeles Times. “All three of those groups had previously selected Jan. 10 as the nomination date for their awards.”

This year will also bring more new things for the Academy Awards. It will be the first year that members will be able to vote electronically for the awards.

Only a few weeks ago, the show announced who its producers would be. There had been a bit of controversy when word got out that Lorne Michaels planned to produce, with Jimmy Fallon as the host. ABC was reportedly not very happy with an NBC star hosting the ABC show, though, and both names were later pulled from consideration. However, the two producers hired have backgrounds in musicals, so the host will no doubt need to have musical performance skills too.

Jimmy Kimmel, an ABC host, seems to be the current frontrunner. That would presumably delight ABC since he is the host of their late-night show, which will be competing head-to-head with Jay Leno and David Letterman.