Clint Eastwood says the controversy over his bizarre speech at the RNC is all the Republicans’ fault — after all, they were dumb enough to hire him. 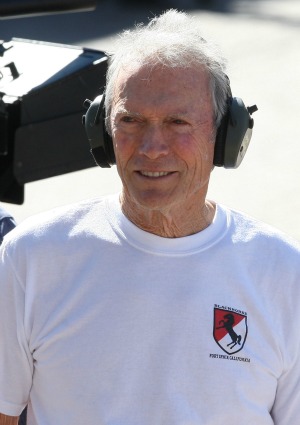 Oh, that wacky Clint Eastwood. While the country is still scratching its head over the actor’s bizarre speech at the Republican National Convention where he spoke to an invisible President Obama in an empty chair, he says: Love it or hate it — whatever. And anyway, he said, the Republicans are dumb for asking him to speak in the first place.

In an interview with Extra‘s Jerry Penacoli, the Trouble with the Curve star said, “I figure if somebody’s dumb enough to ask me to go to a political convention and say something, they’re gonna have to take what they get.”

Awesome. But dumb or not, Eastwood said he would do it again despite the controversy. “I never look backward. It’s done and it’s done. I probably would, I wouldn’t be afraid of it,” said the 82-year-old.

“Actually, I did a funeral speech for a friend of mine and I started talking to mythical people imitating him and I sorta stole that for myself,” he said. “But it reminds me of the days of Shelly Berman… Bob Newhart, all those guys who used to do those phone conversations, all that sort of stuff.”

He later said at a presser for his new flick, “My ambitions were tremendous. But I don’t know what the response was. My only message was that I just wanted people to take the idolizing factor out of every contestant out there and just look at the work and look at the background, and then make a judgment on that. I was just trying to say that and I did it in kind of a roundabout way, which took a lot more time, I suppose, than they would have liked.”

Dirty Harry still supports Mitt Romney and said that whoever wins needs to spend more time getting down to business.

“I would like to see some real people working,” he said. “Comes a point when you gotta stop the rhetoric, stop the teleprompters, people reading speeches somebody else probably wrote. Goes for all of them. Unless they can do it really well, like Ronald Reagan or Bill Clinton did.”