We’re ready to get back into awards show season with the 2012 Primetime Emmy Awards scheduled for this Sunday night. Well, that’s a lie: We’re mostly ready to judge the gowns. To prepare, we found the best Emmys dresses of all time. 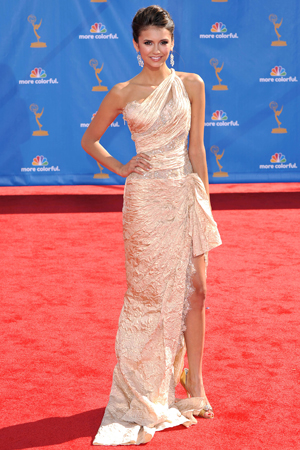 Nina Dobrev knows how to wear a dress. Case in point? The Zuhair Murad gown the Vampire Diaries star wore to the 2010 Primetime Emmys completely killed the competition — and it didn’t hurt that her body looked amazing.

“I loved that dress, just felt so great in it. The dress hugged me in every right way, in every right place. And that’s the thing — as long as you feel great in something, you’ll come off confident,” she told Entertainment Tonight after the awards.

5 stars who’ve been ripped off at the Emmys >> 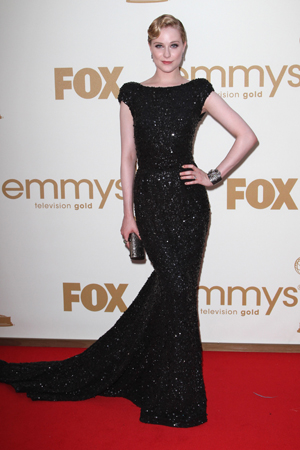 True Blood star Evan Rachel Wood brought back some old Hollywood glamour with her 2011 Emmys dress. The Elie Saab dress hugged her curves and shimmered in all the right spots. We especially love the pin curl hairstyle. 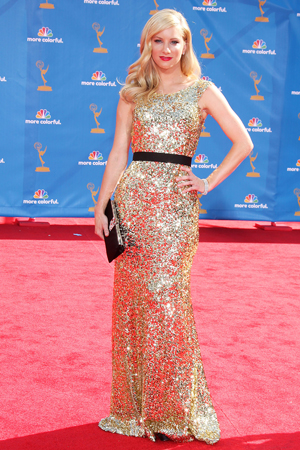 Glee actress Heather Morris might play a ditz on the hit FOX show, but she made the intelligent choice with this metallic gold column dress by Ina Soltani. She topped off the look with some sexy waves.

Color me fancy: Top color trends at the Emmys >> 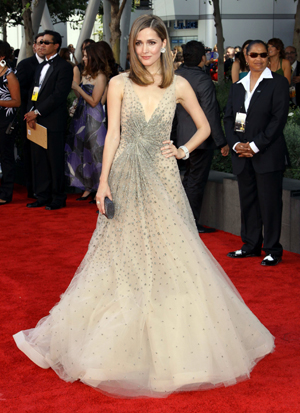 Australian actress Rose Byrne is just pretty, period. How did we come to this conclusion? Well, we have eyes — and we found a photo of her in her beige crystal-embellished tulle Valentino gown from the ’09 Emmys. Just, yes! 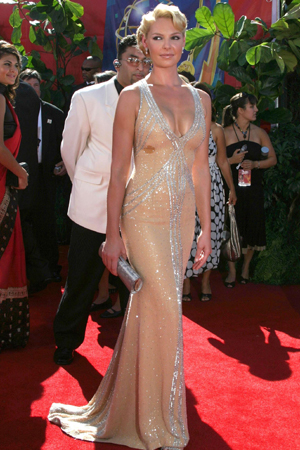 Former Grey’s Anatomy actress Katherine Heigl had a bit of a wardrobe malfunction when a sweat spot soaked through onto her second-skin Escada gown before the 2006 Emmys. Hey, Southern California is hot in September and red carpets are stressful! We’ve had it happen to us, too — but no one was there to take our photo.

Regardless, this sparkly creation looked incredible on Heigl. No wonder Josh Kelley put a ring on it.

Zooey Deschanel gets giddy as new girl on the Emmy block >> 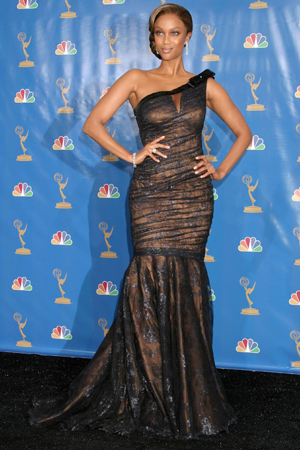 Tyra Banks did her best smizing on the red carpet of the 2006 Emmys, but it was her lacy Georges Chakra gown that stole the show. It was reportedly worth $50K — and Banks definitely worked it. 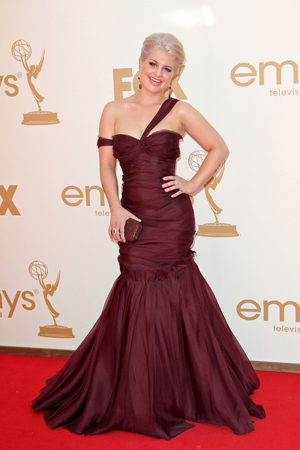 E! Fashion Police host Kelly Osbourne did her best to stay off the worst-dressed list with the gorgeous J. Mendel gown she wore to the 2011 Primetime Emmys. The dress hugged her curves in all the right places — and her Palladium jewelry accented her look in the best way. 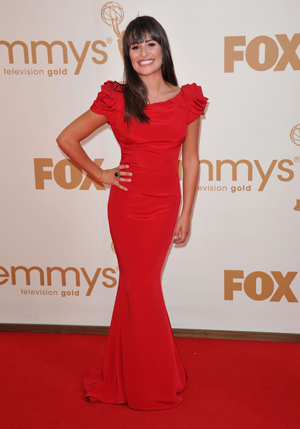 Glee star Lea Michele might have matched the red carpet with her fire-red Marchesa gown, but she definitely made her presence known. She rocked the red carpet in 2010, too, so we fully expect her to wear a smashing gown for the 2012 show. 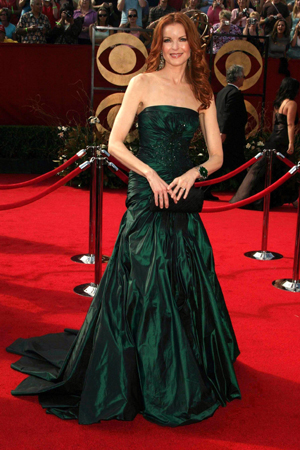 Former Desperate Housewives actress Marcia Cross can make just about anything look amazing, thanks to her porcelain skin and red hair. However, the Elie Saab dress she wore to the 2005 Emmys was off-the-charts gorgeous. Something about the green and her skin tone made it really pop. 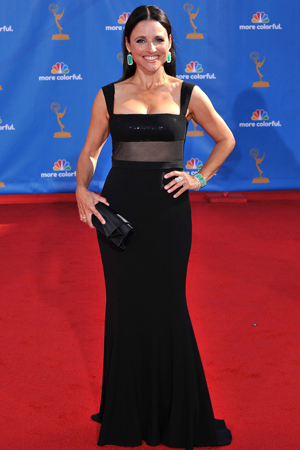 Actress Julia Louis-Dreyfus might be 51, but she looks better than actresses half her age. Case in point? The former Seinfeld stunner rocked this form-fitting Narciso Rodriguez gown to the 2010 Emmys. Check out those arms! BRB — we’re going to the gym.

Which actress had the best Primetime Emmys look of all time?

Love this article? Check out…

Emmy winners predicted: Our picks for 2012