Megan and Liz are fraternal twin sisters who’ve made a name for themselves by singing on YouTube. Now, after winning Macy’s iHeartRadio competition, the twin-spired sisters open the music festival in Las Vegas on Sept. 21. SheKnows can’t wait for the show! 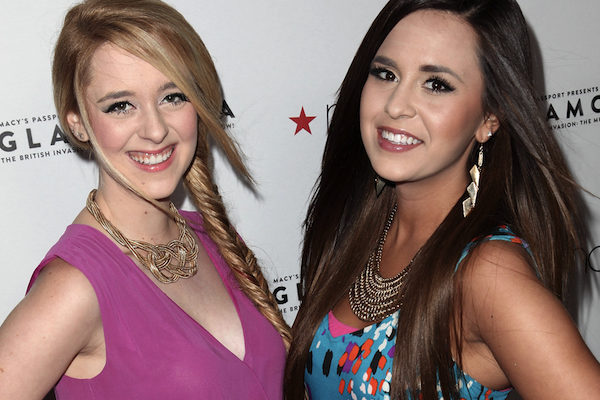 Originally from Edwardsburg, Michigan, Megan and Liz have a shared love of music. At just 19, it seems like the iHeartRadio show is only the beginning for the double-trouble pop team. While they do write their own songs, they’ve covered many artists from One Direction to the adorable and talented Taylor Swift, who remains their biggest inspiration.

Like a dream come true for the delightful duo, Megan and Liz actually got to spend time with Swift and Skype with Oprah — just a couple of the perks of being a YouTube sensation.

But how did their process of songwriting actually develop? Liz recently told Celebuzz.com that “we actually had our first co-writing session with other writers this past summer, but other than that, it’s always just been Megan and I. Recently, it’s been kind of switched. Usually I think of the lyrics and then Megan thinks of the hook or something, but lately she’s been thinking of the lyrics and I’ve been thinking about the hook. It’s kind of different every time.” 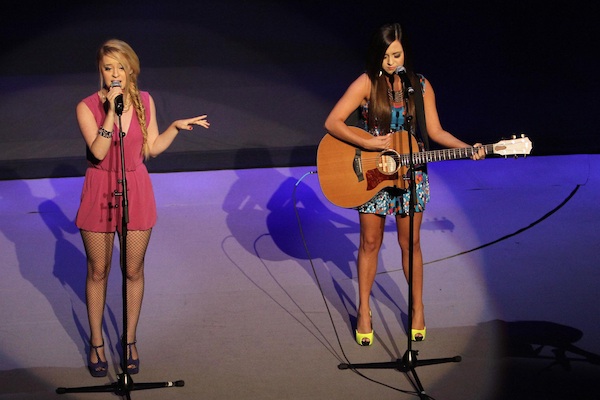 About dealing with the challenges of the music business and the possibility of rejection, Megan went on to say, “We just look at it as, when one door closes another door opens. Rejection sucks, but we just have to keep at this and something bigger and better will come up later. Obviously that wasn’t what was meant for us, so something better is going to come along. That’s how we try and look at it.”

Check back for more of Megan and Liz at the iHeartRadio Music Festival! SheKnows will be covering the red carpets, concerts and after parties, all weekend long!