The CW’s Arrow is a bad boy gone good — sort of. By day, he’s a businessman and by night he fights crime. The network has released a new clip from the series that features Arrow getting his hands dirty. 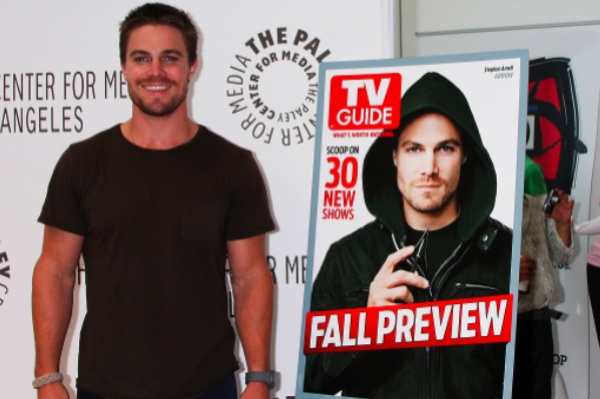 The CW has revved up the promotion for their new series, Arrow. The action drama debuts next month, and they’ve unveiled an all-new clip featuring the hero in action. Stephen Amell plays the title role and attempts to clean up the streets of Starling City.

Arrow’s first mark is a crime boss who has it out for his former flame Laurel Lance (Katie Cassidy). In a world filled with guns, the hero uses a bow and arrow to get his point across. He corners the baddies in a parking structure and wreaks havoc.

Arrow doesn’t have superhuman abilities, but his finely tuned skills give that impression. It’s a great intimidation tactic. He’s more Batman than Superman, meaning he doesn’t always play by the rules. For example, squeezing $40 million from a mobster could be seen as unethical.

According to TVFanatic, producer Marc Guggenheim claims this won’t be a straight adaptation of the Green Arrow comic. “One of the good things about Green Arrow is that it has an origin that is subject to a lot of interpretation. There’s not as much canon that’s precious. We can play around.”

The character was previously played by Justin Hartley on the defunct CW series, Smallville. So are they worried about fans accepting another actor in the role?

Guggenheim stressed, “I think audiences are savvy enough to understand there are different iterations of characters. Michael Keaton doesn’t affect your love for Christian Bale… and look at the Bond franchise.”

Check out the “Take it” clip from Arrow: