Niecy Nash speaks out after the man who killed her brother was arrested for killing his new wife. 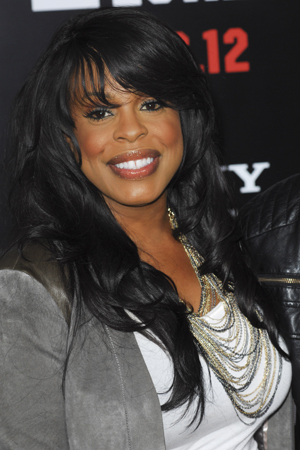 Losing a family member to murder is no doubt an awful, heartbreaking experience. However, the family likely gets some sort of small closure when the murderer is sent to prison. Not comedian Niecy Nash: The man who murdered her brother was just arrested for killing another person.

“No family should have to endure the loss of a loved one at the hands of a previously convicted violent criminal,” Nash told E! in a statement.

Robert Lee Heard was arrested on Saturday in St. Landry, Louisiana for killing his wife, according to police. He was convicted of killing Nash’s brother in 1993 when they were both high school students in Pasadena, California. Heard was later released from prison and moved to Louisiana, but he was jailed again in 2003 for attempted murder. He had been on parole since July 2011.

“I am deeply saddened to hear that the man who murdered my brother, Michael Ensley, has been charged with murder again. I grieve for every family who has been victimized by this heinous individual. My prayers and love go out to the family of Demetra Doyle Heard during this trying time,” Nash continued.

Niecy Nash dances down the aisle and gets married >>

Sadly, Nash isn’t the only celeb to experience the murder of a loved one: Jennifer Hudson lost her mother, brother and nephew at the hands of her estranged brother-in-law in 2008. William Balfour was convicted earlier this year and sentenced to life in prison.

The Oscar winner recently revealed that she’s — in a way — forgiven Balfour.

“For the most part, it’s not his fault,” Hudson told Oprah. “It’s what he was taught, how he was brought up.”

We can’t imagine the pain of losing a loved one to murder, but at least the violent man who killed Nash’s brother will be back in a concrete cell for (hopefully) the rest of his life.